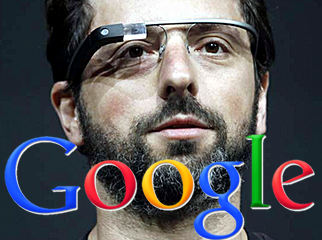 The move to ban Google Glass inside casinos isn’t exactly a new deal. As our very own Peter Amsel pointed out a few months ago, numerous casinos have already taken steps to keep casino patrons from brining their Google Glass inside the gambling floor. Casinos in Las Vegas, Pennsylvania, Ohio and Connecticut already have those bans in place.

Recently, New Jersey joined that list after the state’s Division of Gaming Enforcement issued a directive ordering all 12 of Atlantic City’s casinos to impose similar bans on using the device inside the casinos.

In a memo to the casinos obtained by the Press of Atlantic City, Gaming Enforcement director David Rebuck said: “If these eyeglasses were worn during a poker game, they could be used to broadcast a patron’s hand to a confederate or otherwise be used in a collusive manner”.

Rebuck also added that it would be difficult to prove that somebody was cheating while wearing Google Glass. So as a pre-emptive measure to ensure that no such cases could happen in the future, the ban was imposed, which means that nobody can use the glasses on the casino floor or anywhere else where there is some form of gambling taking place.

“Even if the glasses had not been used for cheating … their presence at a gaming table would lead to the perception that something untoward could be occurring, thereby undermining public confidence in the integrity of gaming,” Rebuck added.

The ban on using Google Glass inside casinos is hardly surprising, especially with the kind of technology its capable of like photography and video recording. Almost all casinos, not just in Atlantic City, have strict rules on the use of photography and video recording.  New Jersey, in particular, has a protocol that must be followed wherein anybody who wants to take photos and videos on the casino floor would need to seek approval from the gaming enforcement division before they can be green-lighted to do so.

With Google Glass boasting of those features, regulators are recognizing its capabilities and are putting forth measures to prevent any form of cheating or collusion from taking place.