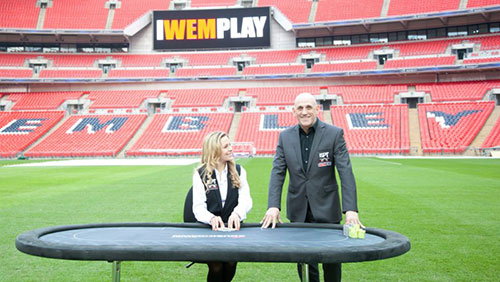 Did you know that Dusk till Dawn (DTD) only had 13-weeks to try and turn a field of 32-online qualifiers into an event that was big enough to fill the boots of a cavernous Wembley Stadium? Did you also know that DTD only had 20-hours to create the poker village that adorned the Wembley turf? 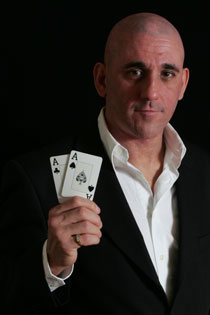 The British love the story of the underdog. This is why shows such as the X-Factor and Britain’s Got Talent are so popular – it’s the working class defeating the odds to become superstars. Maybe that’s one of the reasons that Rob Yong and Simon Trumper were attracted to this event in the first place?

There was another reason that DTD decided to put their reputation on the line, and it involved the evolution of DTD. What started out as a pokey little club in Nottingham, that employed just a handful of people, has quickly turned into one of the most coveted poker rooms in Europe that now employs over one hundred.

“We are just a small poker club in Nottingham and somehow we have managed to host this huge event in Wembley.” Said Trumper.

So how do you progress? How do you become global?

Why not become the first people to run a tournament in Wembley Stadium? At the end of the day, someone is going to walk away with €1 million. The World Series of Poker (WSOP) is running their Millionaire Maker in parallel to this event. One million dollars is €768,000 – not €1 million. The players all think this event has been fantastic. So from the players view it’s been a phenomenal success. That to me sounds like a marketing success.

People talk about the overlay and how potentially damaging it is for DTD to lose €589,060. But how much would it have cost the club to create a marketing campaign that would have given the brand the exposure that this event has given them? With that thought in mind, you could even say that the €589,060 is an investment – money well spent. They have created an amazing marketing package. If DTD wants to run poker tournaments at Wembley Stadium for the next few years they will triple this field. Poker people understand that short-term results are controlled by luck, it’s the long term that sorts out the men from the boys.

When I hold my Dictaphone to the mouth of Simon Trumper I don’t see a man who is disappointed with the turn out at Wembley Stadium. I see a man who is immensely proud of what he, Rob Yong, and their team has achieved.