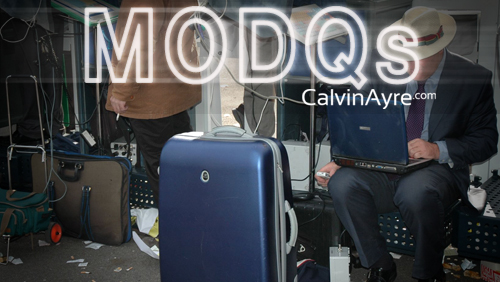 In the UK the end of the Premier League season has been dominating the spotlight across the sporting media for the last week or so.

It appears that many constants in recent times are changing with impending retirements, sackings, appointments and all of the other usual changes that create hysteria among football fans. One of the most significant changes is the retirement of Sir Alex Ferguson – a man who has been the manager of Manchester United since before I was born.

This was big news. It was the subject of more than 1.4 million mentions on Twitter in the first hour after the news was officially confirmed by Manchester United’s press office Twitter account.

In England the scoop was initially attributed to journalist Mark Ogden of The Daily Telegraph who had managed to put together some solid justification that Ferguson would be retiring. But despite the fact that Ogden took most of the plaudits, he wasn’t actually the one to ‘break’ the news – the scoop actually went to Josh Powell, a blogger for none other than Paddy Power.

Without the need for insider information, Powell was able to interpret the betting patterns and the odds on the next ‘Manchester United manager’ market to question whether an announcement was imminent. It turns out that it was and Powell was well ahead of the curve compared to established journalists with contact books built through years of reporting.

The fact that Ferguson hadn’t even told his closest confidants and had spent the last few months making statements which suggested he would be staying in his post meant that there were few indicators of the events that unfolded. But as many other sports teams dial up their privacy protection methods in reaction to social media rumours, these type of sudden and shock events could become commonplace.

Should this be the case, bookmakers could play an increasingly key role in shaping the news. Are betting markets becoming one of the most accurate prediction methods?

Some might argue that they already are. This has been the case on numerous occasions in the field of politics where betting markets regularly predict the outcome of elections with a greater accuracy than opinion polls. Part of the reason behind this is that while both the polls and bookmakers odds are influenced by people effectively voting early, bookmakers are able to apply their own reasoning to the figures and perhaps remove any outliers.

In the UK recently the use of bookmakers in order to gauge the potential result of an election has become the norm. The correct number of Conservative seats in the 2010 election and the victory of Ed Miliband to be Labour leader are among some of the more high profile accurate forecasts that have made journalists take note of them.

Mike Smithson is known to be one of the best translators of information created by betting markets into political predictions. After starting out as a Liberal Democrat politician and writer he’s effectively built an extremely successful career from it. The Sunday Times reported last year that even Prime Minister David Cameron is known to use his iPad to check Smithson’s site – PoliticalBetting.com.

Should Cameron have logged on to the site yesterday he won’t have liked what he saw as Smithson used the market created by Paddy Power on whether Cameron will face a leadership challenge to suggest that the PM could soon be brought down by his own party. Once again a bookmaker has not fulfilled two roles here. Not only have they created a form of data journalism which has been interpreted by other journalists and bloggers, but in a way they’ve created the news.

This trend isn’t just confined to the UK either as academic research has been conducted into the effectiveness of using betting markets to predict election outcomes. Focussing mainly on spread betting markets; to date the studies conducted have reported mixed results with initial significant success in the US. As punters and oddsmakers become savvier in terms of the political happenings the accuracy of betting markets is bound to improve.

Managerial moves such as that which has taken place are often the main area of sport, and particularly football, where bookmakers can create the news. Another extremely recent example has been the rapid descent in odds for Jurgen Klinnsman to replace Moyes at Everton. Klinnsman was 66/1 to be Everton manager at the weekend and less than 24 hours later he was priced at 7/1 at Ladbrokes.

Obviously this needs to be approached with caution. Oddsmakers might just be following the money and as we are all too well aware, general opinion isn’t always correct.

It’s not just sport and politics where the news can be broken by bookmakers. Take many of the novelty markets available for instance. Weather is another category along with all types of other novelty betting including reality TV that could see bookmakers becoming the most respected prediction makers.

Being privy to inside information or an early Met Office report could see bookmakers break news before journalists are able to get their hands on it. This presents an exciting opportunity but not necessarily one that would be that profitable for the bookmakers in question. By breaking news such as this and receiving any subsequent kudos, they’re giving away much of their edge to their customers. On the other hand, especially for online bookmakers, breaking news presents fantastic inbound marketing opportunities at the expense of relatively little effort.