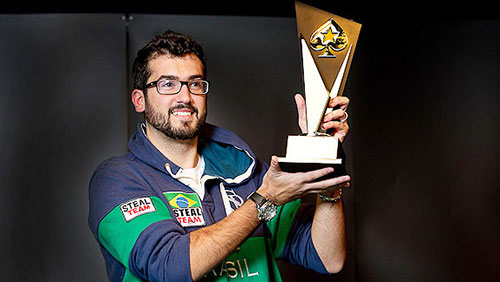 A former professional poker player, Marcus Bebb-Jones, has been sentenced to 20-years in prison after being found guilty of murdering his wife after a case that has lasted 16-years. 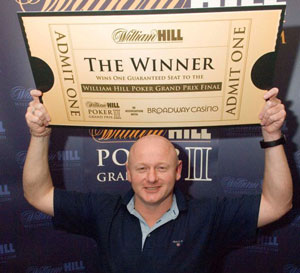 The Bebb-Joneses were the owners of the Melrose Hotel in Grand Junction, Colorado, when an employee reported the absence of the 31-year old Sabrina Bebb-Jones in September 1997. Mr Bebb-Jones told police that his wife had left him after an argument whilst the pair was enjoying a day out.

Bebb-Jones then took his son to Las Vegas after telling colleagues he was heading to Sin City to search for his missing wife. It seems in his haste he forgot about his toddler son, who was taken into state care just four days after Bebb-Jones arrived, after being found home alone in the hotel room where the pair were staying. It’s believed that Bebb-Jones spent the time gambling after nearly $5,700 was charged to a credit card with a further $7,000 also being declined. The day after Bebb-Jones son was taken into custody, Bebb-Jones senior was found in a different hotel room suffering from a gunshot wound to the head. After recovering from his wound Bebb-Jones moved back to the UK, with his son, after selling the hotel that he had owned with his wife.

Six years passed before a rancher found a human skull near Douglas Pass in Colorado. It was later found to be the skull of Sabrina, but it wasn’t until 12-years after her disappearance that a warrant was eventually issued for his arrest. He was arrested at his home in Kidderminster in 2009 and extraditing to the US in 2011.

In 2006, Bebb-Jones appeared on Sky Sports alongside Ross Boatman, Dave Colclough and Johnny Lodden where he finished sixth in the William Hill Poker Grand Prix. One year later, and he picked up $184,370 for his victory in the Grosvenor Grand Prix in Walsall.

In attempt to lure more players into the Full Tilt Poker (FTP) fold, the home of the gnome, the rock and the little white dog has released details of a new affiliate model that will see 50% of any revenue earned, in the first three months, heading into the coffers of those who shake the once mighty hand.

When the Rational Group did it’s ‘Florence Nightingale’ act in November 2012, it was crystal clear that it was not taking over the responsibilities that FTP once had with it’s affiliates, but was intending to launch a new joint-affiliate program in Q1 of 2013 with it’s sister company PokerStars.

So the announcement has arrived bang on cue, but whether or not the new deal will spark the stampede that FTP could well do with is very debatable. It’s a ludicrous situation, but one of the major reasons that players are avoiding the sleek software at FTP is because of the liquidity available at PokerStars. Liquidity that increased immensely once FTP shut down its doors post Black Friday. 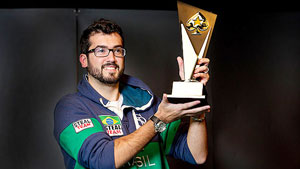 Season Six of the Latin American Poker Tour (LAPT) is done and dusted, as far as Brazil is concerned, and Victor Sbrissa is glad that they visited because he is now $255,400 the richer as a result.

A field of well over 700-players flooded the Tivoli Hotel in Sao Paulo and Sbrissa managed to defeat a very difficult final table that included the Team PokerStars Pro Leo Fernandez, and the Brazilian World Series of Poker (WSOP) bracelet winner Andre Akkari, to take home a check that is very close to his entire combined live and online winnings.