Home / Poker / Is There Really Such Thing as a Poker Super Drug?

Sales of Provigil have increased 74% over the past four-years showing that there is a market for people searching for the lazy way to improve cognitive function. Given the long hours that poker players subject themselves to, are they the prime focus for the drugs manufacturers? 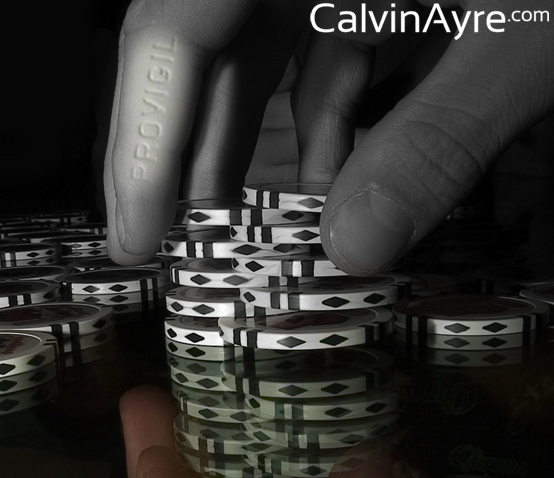 With the World Series of Poker (WSOP) just around the corner I am getting a little excited, and when this happens memories from last summer raid my mind. Regrettably, when I do think back I don’t really remember too much about the poker. Instead the one overriding memory is the sheer amount of weed that American poker players smoke in between hands. You can seriously get high by just sniffing some of the clothes if you are sitting next to the right person.

As you would expect, nobody wanted to come forward and publicly talk about why they smoke weed when they are competing for six and seven figure prize pools, but the overwhelming feedback was that it calmed people’s nerves and helped them concentrate, relax and reduced the likelihood that they would go on tilt. Only in the world of poker could anyone claim that smoking weed is a sports enhancing drug.

There is hardly a month that goes by without a sporting drugs scandal. Just think ‘Lance Armstrong’ and you get the picture. And it isn’t just the athletes who are being plied with drugs in the name of ‘becoming the best,’ as the recent Godolphin steroid scandal proves. But a drugs scandal only becomes a scandal because someone, or something, has broken the rules and regulations that govern that particular sport. Despite the millions in prize money that poker players fight for, there is no regulation, and so players are allowed to take any drug they choose in order to give themselves an edge. Remember, weed is illegal in the state of Nevada and that doesn’t stop anybody.

When game time arrives at the WSOP there are stands on either side of you as you stride through the great hall of the Rio Casino and Hotel. Two years ago one of these stands was selling energy strips called ‘Sheets’. They were thin sheets of a paper like substance that dissolved on your tongue and claimed to provide you with bursts of energy. I was writing and playing for 12-hours plus and thought I would give them a try. We’re not talking weed or amphetamines here. These things are totally legal, but they should be illegal for selling what I believe to be an absolute crock. Put simply, Sheets are Sheet. Nothing happened apart from the lightening of the load on my wallet

The next year the Sheets stand was gone and it was replaced by a new stand selling a nootropic called Alpha Brain. At first I thought a nootropic was a form of sun tan lotion until Sorel Mizzi told me that it was a dietary supplement designed to provide more focus, and for longer periods of time. He also told me that the pills also had the added side effect of creating truly lucid dreaming experiences. I wasn’t sure what the latter had to do with poker but thought as Mizzi was sponsored to market the product I would try it for myself.

Onnit Labs very kindly shipped me a 30-capsule trial dosage and I tucked into them over the recommended time period. I don’t remember a single dream, nor did I feel anymore creative than I was before, during or after I had finished taking them. I tried on several occasions to speak to Onnit labs about my lack of any experience but they failed to respond to my outstretched hand.

It seems the new pill on the block could be Provigil (otherwise known as Modafinil). According to ABC News, sales of the drug known as ‘Viagra for the Brain’ are up 74% in the past four years. The same news site claims that military pilots, sports stars and poker players are all taking the drug. I reached out to the poker community to ask if anybody was taking this wonder drug but received no response.

The pill, which can be prescribed by your doctor, or bought online, is used for sleep narcolepsy, sleep apnea and for people who work irregular hours. Given the speed at which live poker functions these days it seems a perfect match. Entrepreneur Dave Asprey believes that Provigil turns him from Clark Kent to Superman. He decided to undertake a trial where he stopped taking the drug for three days and told reporters that his speech felt funny. Then just 17-minutes after taking one pill he snapped back into life and his world seemed brighter? A line I last heard coming out of the mouth of Bradley Cooper in the movie Limitless, which oddly enough, was a movie than centered around a brain enhancing drug called NZT…or maybe it was just a coincidence?

In the movie Cooper’s character ‘Eddie’ became obsessed with NZT. He started by taking just one pill but then like every other drug addict known to man started stuffing more down his throat in order to get the desired effect. Suddenly, normal life didn’t exist without the drug. Given the fact that Asprey said he didn’t care if he found out that Provigil shortened his life span – he would still take the drug  – it just goes to show that Provigil could have an equally problematic side effect, should poker players start popping these pills along with bong sucking exploits.

It’s incredible to think that poker players would want to take these drugs when all they need to do is put down the iPad, take off the earphones and actually pay attention to a hand or too. I know it’s a little extreme but I think paying attention may improve cognitive function; as will stopping grinding for 18-hours a day and actually leaving the house once a month. Attempts to eat healthier and sleep longer will also improve brain function.

Professor Barbara Sahakian from Cambridge University said that Provigil was found to enhance the abilities of sleep deprived surgeons. Call me old-fashioned but I’m not sure administering Provigil to a guy who is just about to cut my heart out is the right way forward. How about employing more of them and allowing the ones we have to work shorter hours and actually sleep?

The problem I have with these sorts of super drugs is how do you measure success? Going back to Asprey, and he took tests before and after his three day sabbatical, then because his results were worse when he was off the drug the answers were clear to see. But at a recent parents evening at my 12-year old son’s school, his maths teacher told me that when he gets a boot up the behind it also works, as proved when his exam results rose from 44% to 85% in just a few days.

I asked my son if he had revised and he said, “No…I just concentrated really hard Dad.” Nuff said.