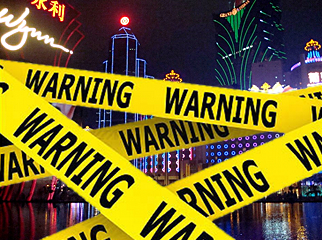 China’s Ministry of Public Security published a notice on Friday reminding Chinese citizens that it was illegal for anyone to organize trips of 10 or more individuals to go gambling in Macau’s casinos. Anyone receiving commissions or introduction fees through organizing such a trip would be punished by law. The Ministry stated that while gambling was legal in Macau, China reserved the right to decide on a case-by-case basis whether or not mainland residents who traveled there to gamble were breaking the law.

In December, Chinese authorities detained several individuals connected to mainland junket operators that funnel high-rollers into Macau’s VIP gaming rooms. Rumors soon spread that China was planning a much broader crackdown on junkets, but such an action has yet to materialize. That made Friday’s announcement all the more curious, given its focus on the package tour business, which works with the lower-end mass market gamblers.

Before anyone gets too excited, Ben Lee, managing partner of iGamiX Management and Consulting, told CalvinAyre.com the Ministry’s release didn’t amount to much more than “restating the status quo.” Lee said the most surprising aspect of the Ministry’s release was the 10-person “window,” given China’s firm belief that anything involving gambling – organizing package tours, advertising, collecting debts, etc. – is illegal. Lee said he didn’t expect the announcement would have much of an impact on business in Macau.

Lee’s views were echoed by Wang Changbin, an associate professor at the Macau Polytechnic Institute’s Gaming Teaching and Research Center. Wang told GamblingCompliance that the Ministry’s pronouncement “just reiterated the previous provisions … The ministry has not issued any new regulations or officially warned the people who come to Macau for gambling.” Nonetheless, it will be interesting to see if package tour organizers start subdividing their gambling hordes into groups of nine individuals or less, just in case.