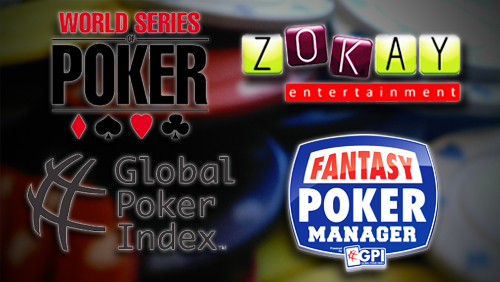 Hot on the heels of the three-year deal that saw the FPM become the official fantasy poker game of the World Poker Tour (WPT), CEO Alexandre Dreyfus has done it again; this time shaking hands with WSOP Executive Director Ty Stewart in a deal that will see both the GPI and FPM promoted to the locals of the largest poker tournament of the world.

“It is an honor for us to be recognized as the exclusive fantasy game of the World Series of Poker,” Mr. Dreyfus stated before continuing, “We plan to continue our investment into Fantasy Poker Manager to make sure that poker fans get the best fantasy poker experience possible, and are completely entertained during this year’s WSOP.”

The news breaks on the advent of the inaugural WSOP Asia-Pacific (APAC) event that takes place at the Crown Melbourne Resort in Australia, on Thursday 4th April; where the 2013 WSOP calendar kicks off in earnest with five bracelet events, a High Roller event and a Caesars Cup Invitational event.

The FPM is an idea that has germinated from an ambition to grow and promote poker as a sport. The idea is just one of many that fills the intelligent mind of Dreyfuss. A man in love with poker. A man who is determined to seduce new fans into the poker world. A man who believes that free social media games like the FPM, give poker the greatest opportunity to appeal to the mainstream with a visibility for less poker orientated people.

“We know that many of our players and WSOP fans love the idea of fantasy poker,” said WSOP Executive Director Ty Stewart. “Now they have a great tool on Facebook that lets them compete with other fans around the world.”

Dreyfuss told CalvinAyre that between 50-55% of the players who make up the GPI top 300 hundred play the FPM game. Since launching in January the FPM has attracted 20,000 users and expects to have more than 100,000 teams by the end of the 2013 WSOP schedule.