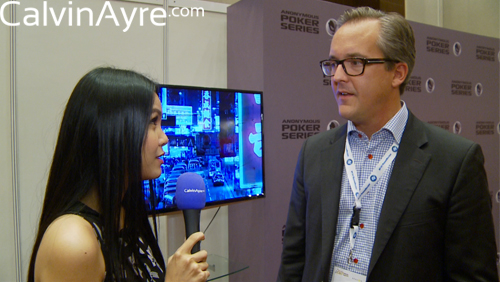 The second day of the iGaming Asia Congress promised an informative and action-packed list of conferences and events dedicated to the iGaming industry in Asia.  True to form, the day more than lived up to the hype.

The tone of the day was dedicated to the experiences a western operator stands to face when entering the Asian market. The objective was to answer some pretty important questions regarding the preparations for entering the Asian market, including how Asians view the brand against the product its offering, the key differences with operating in Europe, and the advantages of being licensed in the Philippines in terms of legal and operational support.

A list of some of the most prominent industry minds in the Asian region each took the podium to discuss their respective expertise in the market.

One business, in particular, has dominated the Chinese betting market with its virtual sports betting game, Lucky Racing. Geaspar Byrne of AGTech discussed the success of the game with CalvinAyre.com correspondent Angelia Ong. “Our new game, Lucky Racing, which we introduced in China in late 2011 is performing very, very well,” Byrne told Ong. “Based on the numbers we see, it’s the number 1 game in China, which gives us a lot of encouragement in terms of rolling out the game nationwide.”

Live dealers were also an important topic that was discussed during the day, something Chris Chan, founder of iGamingOffice.com was on hand to discuss. “Operators should look for a software provider with a good reputation,” Chan advised to anyone looking to set-up a live dealer system in the region. Chan also pointed out that the game should be suitable to local players and that Internet speed is also important. “And the IT support, because if something happens, the software provider can have the full support of the operators.”

Ong also caught up with Bodog Network’s Jonas Odman to find out how Bodog’s Anonymous Poker software is working in Asia. “[Asian players] really like it,” Odman said. “If you compare it with baccarat, for example, with live dealers big in Asia, it’s the same thing with for poker. It gives the players most trust in the poker product. ”

Speaking of Anonymous Poker, Bodog Network also hosted the second qualifier for its Anonymous Poker Series. Ultimately, it was Anonymous Player No. 2 who took home the win, ensuring himself a seat in Manila for the finals of the series with a chance to win $100,000.

Congratulations to Anonymous Poker Player No. 2 for winning the B2B live qualifier!