In 1999 two college students, Oskar Hornell and Claes Lidell decided to turn their love of poker into a free site where people, like themselves, who loved the game, could come and play online.

The duo purchased PokerRoom.com and with the help of some developer friends started a free to play poker site. PokerRoom.com stayed that way for two years before the pair decided to open the room for real money play. On February 19, PokerRoom.com will be closing its doors for good.

It’s means the end of an era for, if not one of the biggest, one of the most loved poker rooms on the Internet.  Starting from the top on down, the staff was made up of people who were passionate about the game of poker and it showed in the product. 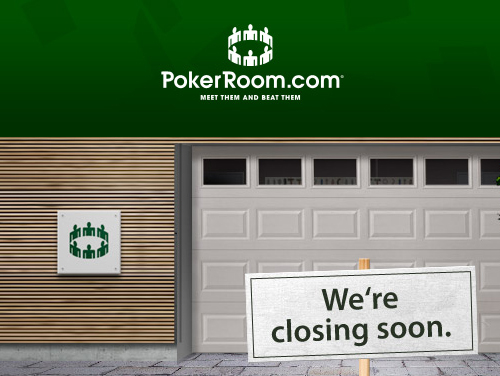 CalvinAyre.com poker columnist Jason Kirk said of PokerRoom.com, “I played on almost every site I could find back in the early days of the poker boom. I remember PokerRoom.com having better software than most of them, and being more reliable at a time when some rooms could tend toward the shady side. Throw in that the games were pretty soft and it was a really enjoyable place to play.”

That software wasn’t just for PC, PokerRoom.com were one of the few to offer a MAC client and probably the only ones to offer a client for Linux users.

I spoke with a few former PokerRoom.com employees who didn’t want their names used for the story about their experiences working for the company.  One said, “PokerRoom was managed by poker passionate people. All of the staff from office managers, to lawyers to secretaries all played poker. Every Friday after work we’d all get together for beer and poker, the passion was the lifeblood of the company.”

Another former employee adds to the point, “Everyone loved playing poker, I mean everyone from the CEO to the cleaners. The first staff party you expected everyone to go crazy but no, not at Ongame, after dinner and drinks, out came the poker tables.”

Another thing that made PokerRoom.com special was their early adoption of social media and SEO techniques. The sites used to dominate Google search results for terms like poker, online poker and play poker.  I have to admit way back in the day it was their search dominance that made me open my first poker account with PokerRoom.com

Another former employee said, “Having Oskar so closely involved in the day to day operations helped with the sites development…it also made him a millionaire.”

Another area where they were innovators was their Pokah community. Unlike some companies who go out of their way to quell negative comments about their site, PR allowed members to post whatever they wanted in their forums without removal or even company led opposing viewpoints.

A third former employee didn’t have much to say about the PR other than, “We got free candy every shift!” That in it self shows that even the little things good companies do for their employees can create goodwill that lasts.

Now those employees can be found throughout the gambling industry sharing the knowledge they learned from their PokerRoom experience.

One former employee said there was a noticeable switch in 2006, “When the Bwin team entered, the leadership culture changed. It moved from a modern company structure with Ongame to an extremely top managed company. There was a lack of respect, interest and understanding from Manfred (Bodner) and Norbert (Teufelberger). It was kind of strange for them to spend huge money on a company but not realize the potential.”

It’s interesting that the site will be closing it’s doors, it could remain viable as a play money room; as late as 2005, the site was still 90% play money despite being operational for real money for 4 years.  I’m not totally convinced this is the end of PokerRoom.com but if it is really the end, it is the end of an era for the online poker community.

PokerRoom.com didn’t have the dominance of the bigger name poker rooms but for former employees and former players with the site, the memories are positive ones. If you have a PokerRoom story, feel free to leave your comments below.