Nobody is Laughing as Jesters Opens Cashless Casino in China 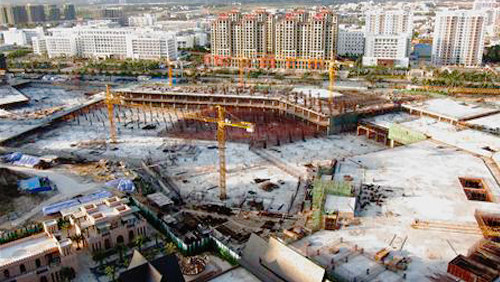 It might be China’s smallest province, but the tiny island of Hainan could well be the most significant plot of land in the Asian gambling market. The Mangrove Tree Resort World in Sanya Bay has pulled back its red curtain to reveal the magnificence of Jesters Casino Bar. It is the first casino offering of it’s kind in China, and although players cannot yet win cash – instead they win special prizes based on a points system, it is  clearly a trial aimed at luring it’s residents back from the gambling stronghold of Macau.

The development is yet to be completed in its full glory, but once the builders lay down their tools for the final time, the Mangrove Tree Resort World will become China’s largest resort, with more than 4,000 rooms, a water park and a Las Vegas style convention center. It is owned by Zhang Baoquan, the president of Antaeus Group, who sits in 265th place on the Forbes 2012 Chinese Rich List, with an estimated $605 million fortune.

“Our casino bar is the first in the country. The government is monitoring, it’s a test,” Zhang told Reuters in a recent interview. “Right now we are not at this stage (legalizing casino gambling), but my personal opinion is, in future, there is a big possibility that they will have.”

If Zhang would hop on a plane it would take him barely an hour to reach Macau. A plot of land that pulled in $38 billion in gaming revenues last year, the large majority of which came from the pockets of the Chinese. If this goes well Zhang could be sitting on a goldmine – a pioneer in the Chinese casino business.

There are a lot of eyeballs on Zhang and Jesters including the giants from the U.S. MGM Resorts International are positioned nicely after opening the MGM Grand in Sanya last year. The resort was the host of the World Poker Tour (WPT) National Series in December. The first event of it’s kind in China. Caesars Entertainment is also set to open a casino in 2014.

“Gambling culturally is a very bad thing, but today there is a difference – gambling is a financial tool,” said Zhang.