Home / Bitcoin / Why Bitcoin Can No Longer Be Ignored 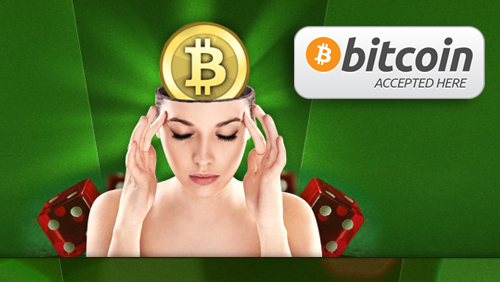 At the end of 2011, Calvin Ayre wrote a piece outlining several of his predictions for 2012. Number 14 on that list:

“Someone is going to figure out how to make this work and when they do, all the anti-gambling, over-regulating authoritarian governments will be exposed as emperors without clothes. It might not be obvious that this is even happening at first, since these systems are by definition stealthy affairs.” – Calvin Ayre, Dec. 2011

Ayre was referring to Bitcoin, the sci-fi digital currency that has been mentioned on the periphery of gaming and tech news for the past couple years. It seems the prediction may have been accurate: last week an article broke in Ars Technica, Forbes, and Tech Crunch that SatoshiDICE.com had earned over $500,000 profit in its first six months of operation and was growing at double digits per month. SatoshiDICE, based in Ireland, is a Bitcoin-only casino game.

In fact, playing is so easy that you can do it without even visiting the website. For example, if you have Bitcoins, try sending them to the address: 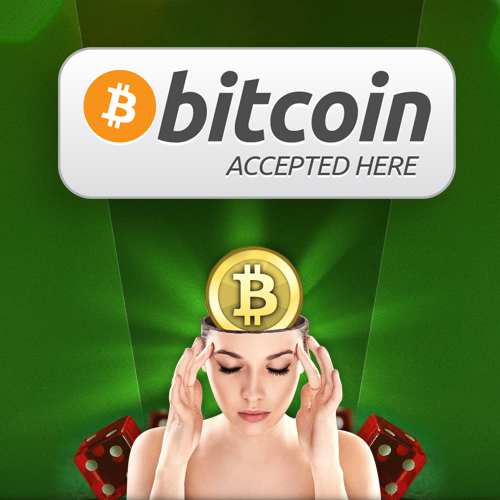 Doing so will trigger an actual bet with 50/50 odds and a 1.957x payout if you win (giving the house a 1.9% edge). The transaction is sent, calculated, and returned typically within a matter of seconds. Think about that… you can gamble from within this article page itself.

No need to spend days waiting for your deposit to arrive, nor weeks or months for your winnings to return home. No account needed. You can place bets from any country, and from any device with a Bitcoin wallet (computer, phone, tablet, etc.). You can even click on that address above and see people placing bets in real time.

But why would players trust some unknown Irish website with a silly name to be legitimate? Because every single bet is provably fair. Using some basic mathematics and Bitcoins distributed blockchain database (which cannot be manipulated because nobody controls it), players can check their bet transaction after they place it and see, without a doubt, that the number rolled for their bet was legitimate. The Nevada Gaming Commission might want to start looking for new jobs.

Anyone involved in the industry should see that the implications of such a system are profound. Two of the biggest challenges have been solved:

1) Payment delays are a thing of the past, both inbound and outbound to any country. Goodbye Visa, PayPal, and a thousand clones that all rely on the same decrepit banking system.

2) Trust can now be based on objective mathematics. This has implications not only for online gaming but Vegas and Macau might want to take notice, as well. How long will players accept sites that are not provably fair?

And it is not just obscure new games like SatoshiDICE that have figured this out. SealsWithClubs.eu has been gaining a devoted poker following. And why not? Players can deposit at 6pm, play for two hours, and withdraw their winnings back home by 8pm. The money moves as fast and smoothly as an email. SwitchPoker.com added Bitcoin support last year and, due to demand, has now created Bitcoin-only tables.

Casino operators should by now know that Bitcoin payments do not suffer chargebacks, reversals, or freezes. This allows the operator to let the player play from the moment the payment occurs (part of SatoshiDICE’s success has undoubtedly been its “instant in, instant out” nature). Further, Bitcoin transactions carry fees of only fractions of a penny. Yes, you can actually transfer $20,000 worth of Bitcoins anywhere in the world for less than a cent.

As many operators in non-regulated jurisdictions are considered “high risk,” they pay processing fees in the range of 3%-15%, plus chargeback risk lasting months after the player’s deposit, and massive fines if chargebacks occur. These high fees exist because credit cards and the banking network were never designed with the Internet in mind, and have been trying to patch themselves together for decades.

So why has the industry been so slow to integrate this new technology? Why is it allowing amateur newcomers to scoop up marketshare? 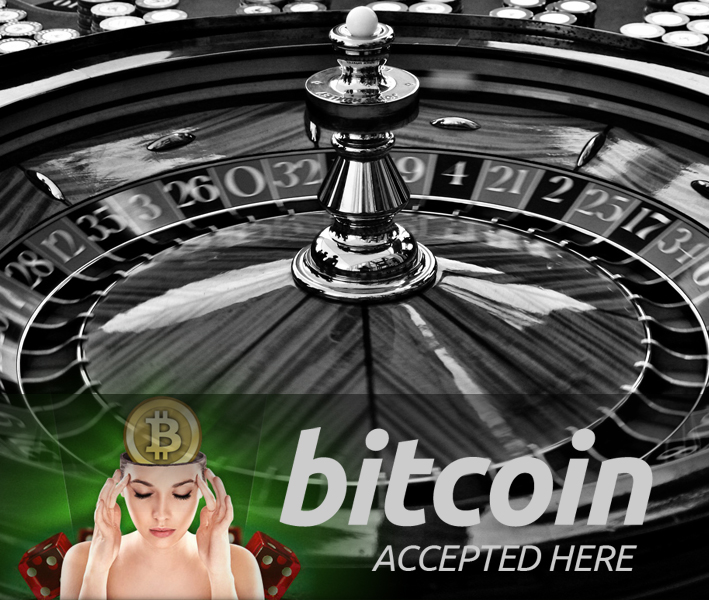 For starters, Bitcoin is admittedly weird. It is new and strange, and people do not understand how it works without studying up on such esoteric topics as public key encryption, peer-to-peer networking, and “Austrian economics” (within which rages a debate on the legitimacy of Bitcoin as money). Unlike every other payment option out there, Bitcoin doesn’t utilize the traditional banking system at all, nor does it even use traditional currency. As a wholly new payment infrastructure, its novelty is a double-edge sword.

Many critics are quick to point out that you cannot yet buy your groceries with Bitcoin, suggesting that Bitcoin is thus unworthy of attention. Of course if Grandma is buying her bran muffins with Bitcoin, the entire innovation cycle has already passed (note that even after ten years of explosive PayPal adoption, few grocers accept it).

Bitcoin is making irrefutable inroads, however. In November, WordPress.com announced support for the currency, and the company’s reasoning was straightforward, stating “With Bitcoin we join a new digital economy that doesn’t leave anyone behind, essentially making financial transactions open source — something WordPress.com is behind 100%. We’re proud to support bloggers from all over the world by providing a Bitcoin option.”

Venture capital is also taking interest – BitPay raised over $500,000 just weeks ago. Three other US Bitcoin companies raised six-figure investments in 2012, and French Bitcoin company, Paymium, was approved to partner with a licensed financial services provider in France.

Perhaps this is why Bitcoin appreciated over 100% in 2012 and is already up another 25% this year. In 2011, even after the notorious summer price bubble, Bitcoin returned gains of over 1,500% for the year.

Still, there is the legitimate concern of security. Numerous incidents of “Bitcoin hacks” and thefts have been reported. Yet in practically all these instances, the theft occurred because a specific website was vulnerable (many being developed over a long weekend by amateurs), not because of a flaw in the Bitcoin protocol. This is a crucial distinction. These hacks pose the argument to be diligent and careful with Bitcoin, not to avoid it entirely. Driving is very dangerous if you don’t do it properly, too.

Perhaps many operators are concerned about the legality of Bitcoin, operating as it does with relative anonymity and zero regard for regulations or political borders. But it must be considered like any Internet protocol. Voice-over-IP (VoIP), as a technology, doesn’t care about regulations – it’s a sterile platform. Yet, this didn’t stop Skype from using the technology to change the world, and certainly Skype is in strict compliance with US law.

Bitcoin has not been outlawed in any jurisdiction, and is thus likely legal everywhere (so long as one doesn’t use it to break other laws, obviously). A concerned operator can always require any terms from his customers that he wishes. If Bitcoin anonymity is a concern, the operator can require user accounts and ID verification, just as they do today. Bitcoin doesn’t preclude legal steps from being taken, it simply doesn’t require them by default. Bitcoin has no Terms of Service – it leaves it up to the specific business or end-user.

And while most Bitcoin casinos today are “Bitcoin-only,” exclusivity is not a prerequisite. Any traditional casino could add Bitcoin as a payment option for user funding and withdrawals. To remove currency exchange risk, the Bitcoins can be automatically exchanged for dollars or euros (or any other currency) at the time of deposit, and this exchange is done in reverse when the user withdraws.

A final common concern is this: how do players acquire Bitcoins in the first place? To be sure, it’s not super easy. But this should not be the burden of operators. Players will figure out how to get Bitcoin if there are professional casinos accepting them, period.  Companies like BitInstant and Coinbase are making it easier every day. Because of the benefits it affords, smart operators will entice players to choose Bitcoin by offering bonuses when paying with that method.

More than these technical concerns, however, Bitcoin seems to challenge the very status quo of money, even on a philosophical level, and this makes people uncomfortable. We’ve grown up knowing what money is – it’s dollars and euros and yen, created in appropriate quantities and managed prudently by our benevolent governments.

Many of us have not realized that the “real money” we’re used to using is already digital and thus a new digital-money shouldn’t feel so alien. In reality, the only substantive difference between the digital currency known as Bitcoin and the digital currency known as dollars is that one has a limit on its supply (As Bernanke will attest, it’s not the dollars). Perhaps the other substantive difference is that one is forced upon us through legal tender laws, while the other is completely voluntary.

If one can get over the “weirdness factor,” one may find that Bitcoin does indeed work, and quite elegantly. It enables any person to pay, in or out, to anyone else, anywhere, instantly, at near-zero cost.  Anyone can integrate Bitcoin. It’s open source. There are no licensing restrictions, and no expenses beyond some education time and a few development hours. Pre-built merchant systems are already available.

The Future of Gaming

As sites like SatoshiDICE, BitZino, and SealsWithClubs have shown, this technology is very real, very powerful, and provides the “perfect digital poker chip” to anyone not enamored with traditional monetary orthodoxy.

For an industry plagued with serious payment issues for so long, it is surprising that the Bitcoin solution hasn’t seen faster adoption. Perhaps it’s a pattern of history, that people tend to adopt marginal improvements eagerly, yet remain wary of foundational change until they see others confidently diving in. When credit cards were born, widespread adoption took decades. The Internet itself took a good ten years to become ubiquitous. And just as in those cases, the companies that waited to adapt until the end of the adoption cycle missed out, big time.

The question is how much longer will players tolerate sites based on primitive payment technology? And how much market share will the innovators capture before the industry realizes what’s going on right under its nose?