There’s a funny thing about a lot of poker people: they tend to believe what they want to believe. Okay, that’s actually true for every human on the planet. But poker people are very good at taking a problem apart logically, finding a solution, and then convincing themselves that they have it all figured out. That’s great unless their logic is flawed, in which case their conclusions can end up being a less accurate guide to decision-making than flipping a coin would have been.

“The Joker” Fan Art. Joker is a character on the Batman Series by DC Comics©

The NBC National Heads-Up Poker Championship is back on NBC this year and that’s got the poker elite happy as clams. The made-for-TV event, produced by Mori Eskandani’s Poker PROductions, was created after the poker boom took off and features a mix of legit Hall of Famers, big-name pros, the winners of the world’s biggest tournaments, online phenoms, and in some years the occasional satellite winner. With quick blinds and the atmosphere of a particularly rowdy game show, it’s not exactly real poker. But it’s certainly a spectacle, and one that fans have typically enjoyed debating and discussing even as they dismiss its credibility as a measure of poker skill. 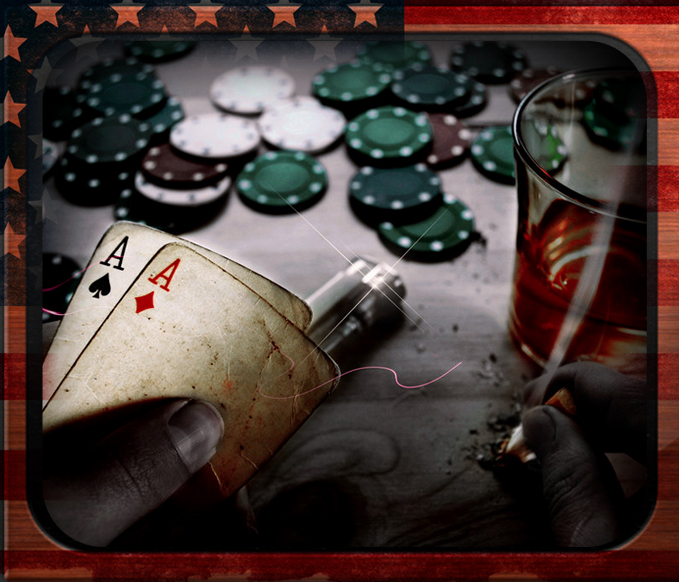 Black Friday scared NBC off of the event for a year, but its return has at least one poker insider pleased. PokerFuse quoted Eskandani as saying at the draw party that “when [NBC is] bringing poker back, it’s good news.” But it’s really only good news for poker pros and the people like Eskandani who produced boatloads of TV poker shows before Black Friday and would love to get back to doing the same. The PokerFuse article mentions the presence of WSOP.com brand marketing on the show, but despite Caesars Interactive gaining an intrastate license it isn’t live in Nevada yet. And the chances of it turning huge enough to be truly good for poker are still a long why off.

Why? Because Nevada’s senator, Harry Reid, couldn’t get the deal done on a federal online poker bill. POLITICO published a piece yesterday about Reid’s legislative fumble. After telling the gaming industry in Nevada that online poker legalization was his state’s “most important issue” since the Yucca Mountain nuclear waste dump, POLITICO says “Reid rolled snake eyes.” And they say the atmosphere has only grown more hostile to an internet poker bill.

The reason the Reid-Kyl bill was a mess was because it did nothing wanted to legalize an industry and hand monopoly control of it over to Nevada regulators, all without taking other stakeholders into account. Indian tribes and state lotteries were upset, as were 49 of the 50 state governors. (Guess whose objected.) Yet his spokesperson insists the senator will introduce a new bill this Congress.

If as Majority Leader he couldn’t strong-arm Democrats into supporting the bill, and as the senior senator from Nevada he couldn’t get his junior senator to help wrangle Republican votes, why should anyone believe that Harry Reid is going to succeed in pushing a poker bill in 2013? Has he been saving some sort of power-up that allows him to bypass the majority vote requirement? Has he struck some sort of crazy trade that simply wasn’t possible earlier this month, when he actually had the support of a high-ranking Republican senator?

That’s the real kicker: Jon Kyl, who had blocked online poker for so long only to strike a bargain with Reid last year, retired earlier this month. Reid no longer has an ally on the other side of the aisle, and that’s going to make it difficult for him to do much.

Just take a look at New Jersey and you’ll see why online poker isn’t going to come storming back just because a few made-for-TV events go back into production. Both houses of the legislature there have passed an online gaming bill and sent it on to Governor Chris Christie for his signature. Christie vetoed a similar bill last year citing concerns about the bill allowing “internet gambling houses all over the state of New Jersey,” insisting that any bill ought to be centered around the ailing casino industry in Atlantic City. Now, with the 45-day window for Christie to sign the bill drawing to a close, the governor is saying that he doesn’t think the bill will actually help Atlantic City.

At least one writer out there thinks that Chris Christie’s presidential ambitions might have something to do with his sudden reversal of opinion on the benefits of online gambling. Earl Burton notes Sheldon Adelson’s sway over Christie’s Republican Party, pointing out that the mogul is proven to be willing to spend ridiculous amounts of money on political campaigns. Committing to a cause that Adelson rejects out of hand, when there’s no other upside to it for Christie, might not hurt his chances in a hypothetical presidential bid. But it certainly wouldn’t help him. And so it looks like New Jersey will once again take the back seat to Nevada in navigating the cutting edge of gambling regulation in the United States.

If senators and governors with multi-billion-dollar industries behind them aren’t powerful enough to get anything done about poker, there’s no reason to believe that the return of a poker event to TV – no matter how high-profile it may be – is good for poker. The poker boom saw Americans getting into the game after they saw on a television show, sure – but they also had the game available to them no matter where they lived back then. That infrastructure isn’t there anymore, and it was the most important ingredient in the first place.