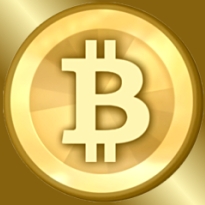 Jon Matonis, Forbes’ contributor and longtime advocate of the digital crytpo-currency Bitcoin, published an article on Tuesday in which he passed on ‘earnings reports’ for two Bitcoin-friendly online gambling sites. These are self-reported earnings, mind you, but the site owners maintain that any Doubting Thomases interested in disproving their figures can check the publicly available block chain data for themselves.

The popular SatoshiDice site works by players wagering on whether a number generated by the Bitcoin equivalent of a random number generator will be higher or lower than their own selected number. For the period stretching between May to December 2012, SatoshiDice says it earned ฿33,310, which equates to nearly $574k (as of time of writing, one Bitcoin = US $17.23). The total handle was ฿1,787,470, encompassing some 2,349,882 individual wagers. Over the period in question, average monthly growth rate was 78%.

For the period stretching from June to December 2012, ‘provably fair’ online casino bitZino reported processing 3.2m individual bets for a total handle of ฿664,192, from which Matonis claims the site earned ฿10,137. Unique user count rose from 3,086 to 8,737 during this period, for an average monthly growth rate of 30.5%. bitZino owner Larry Taad is predicting 500% growth for both earnings and user numbers in 2013. Taad also took pains to stress the fact that most of its users cashed out their balances on a daily basis; unheard of in the fiat currency online gambling world, but when the payment processing fee is 0.0031%, you can understand the appeal. As Taad told ArsTechnica, “frictionless, non-reversible, zero-fraud payments … the benefit is obvious.”

There’s no doubt that Bitcoin made significant strides toward mainstream acceptance in 2012. In November, the internet’s dominant blog-publishing site WordPress began accepting Bitcoin as payment. In December, the Bitcoin-Central exchange became the first such company to be formally approved to operate within the European financial system. The deal Bitcoin-Central struck with French financial firms Aquoba and Credit Mutuel allows its users to make purchases with debit cards attached to their account and even have their paychecks deposited in Bitcoin. While this deal really just legitimized a relationship that already existed, an exec at one Bitcoin wallet called it “the Netscape moment,” representing the seismic shift that occurs when a fringe technology breaks into the mainstream. For those of you who’ll be in sunny California in May, the next major Bitcoin conference will be held in San Jose during May 17-19, and the subject is The Future of Payments.