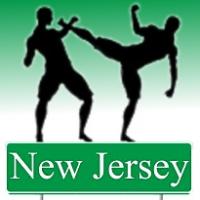 The United States Department of Justice (DOJ) has thrown its hat into the New Jersey sports betting argument by declaring its intention to intervene in the lawsuit being filed by North America’s professional sports leagues. NorthJersey.com first reported the DOJ’s Peter Phipps filing a Notice of Intervention that stated the government “hereby gives notice of its intent to intervene in this action to defend the constitutionality of the Professional and Amateur Sports Protection Act of 1992”. Phipps has requested an extension until Feb. 1 so that the DOJ can respond to the challenges the law is facing – two in particular

New Jersey has been publically calling out PASPA as unconstitutional for some time and usually on two different counts. One is that it’s unconstitutional as it “does not prohibit sports wagering; it requires New Jersey to prohibit sports wagering.” The second is that by attempting to “commandeer state legislative powers to achieve a federal objective,” PASPA is again unconstitutional. New Jersey also argues that one of PASPA’s stated goals to “stop the spread” of “state-sponsored” sports betting has been a complete failure because Nevada sports betting turnover has almost doubled since the Act was passed.

Senator Raymond Lesniak (D-Union), a long time critic of PASPA and supporter of sports betting expansion in his home state, reacted to the news by stating: “This development, while not particularly helpful, is not surprising, and it does not impact our legal strategy in any way. We will continue to prepare for the February 14th oral argument, including by coordinating our arguments with counsel for the other defendants.”

As Lesniak mentions above, the next date in the diaries of those involved is Feb. 14 where there will be an oral argument in Trenton with the DOJ now joining the side packed with pro sports league and NCAA attorneys.