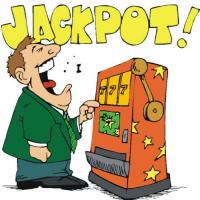 A 28-year old supermarket worker from East London woke up Sunday morning not knowing that by nightfall, he would make history for winning the biggest mobile phone payout in William Hill history. The lucky punter somehow stumbled into a monster £341,259 payout after placing a £12 bet from his iPhone on a came called “Leprechaun’s Luck”. The game, which can be played online with William Hill Vegas Casino, proceeded to reward the bettor with enough money to set up his own supermarket chain.

William Hill’s Director of Mobile, Juergen Reutter, confirmed that history had indeed been made with this mobile payout.  “This monster win is our biggest-ever mobile payout and almost certainly the largest in the history of mobile gaming,” he said.

“Our products are constantly evolving as more and more customers are playing our games via their mobile devices and we can see someone winning a million with us in 2013.”

Give the punter credit, too. While he chose to remain anonymous – understandable – he’s holiday generosity apparently has gone into overdrive, at least as far as his family is concerned. According to the press release, he’s already planning on taking his entire family to India on top of a BMW X5 for his wife.

“All my Christmases have come at once,” the big winner said. “I will be treating the family to some presents that would not fit under the average Christmas tree.”

Casino Rewards’ Mega Moolah series has become a popular item for punters for their penchant to reward massive payouts from their progressive jackpot series, which has been guaranteed to never fall below $1 million. To date, Casino Rewards’ online casinos have paid out a staggering total of $52.8 million, a number we can safely attest has a lot of 0’s attached to it.