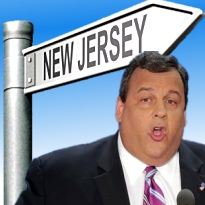 With online poker’s legislative hopes appearing to have stalled at the federal level, backers in states like New Jersey sense an opportunity. The Garden State passed an online gambling bill last year, only for Gov. Chris Christie to veto it over concerns that it would violate the state’s constitution, which limits gambling to Atlantic City. The legislation was subsequently amended to require the online gaming servers to be housed in AC, and the state Senate passed their version of the bill this April. A state Assembly committee approved an amended version of the bill in June, and then… nothing.

Until Monday, when the bill reappeared on the Assembly agenda and promptly received a favorable committee vote. NorthJersey.com’s John Brennan quoted noted gambling proponent and State Sen. Ray Lesniak as saying the full Assembly could vote on the bill Dec. 17, with the Senate potentially doing likewise on Dec. 20. Assuming all that transpires according to plan, the bill would once again find itself on Christie’s desk. Will the fat man play Santa Claus or Grinch?

Christie’s unpredictable nature on the issue of gambling has led to an interesting development in New Jersey’s other big gambling story – the lawsuit vs. the professional and college sports leagues over the state’s sports betting plans. A motion to intervene in the case has been filed by the heads of New Jersey’s Senate and Assembly, who seek to join Christie in duking it out with the leagues. Stephen Sweeney and Sheila Oliver argue that the legislative branch, as distinct from Christie’s executive branch, needs to have a voice in the proceedings to further the interests of the citizens the legislators were elected to represent. Perhaps more tellingly, the legislators argue that “changing political circumstances” might result in Christie “declining to defend the Sports Wagering Law,” so the legislators need to be in a position to take up the flag “to ensure that the State’s interest is represented without interruption.”