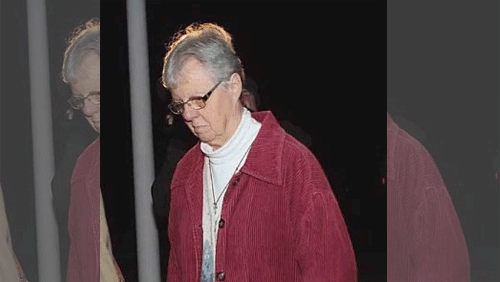 We all remember the exploits of one Sister Marie Thornton, the maverick nun from New Rochelle, New York who allegedly embezzled Iona College, the school where she once served as the vice president of finance, for millions of dollars back in 2010?

Well, it appears that we’ve found her kindred spirit.

Sister Mary Anne Rapp, a 67-year old nun from Rochester, New York, has pled not guilty over court charges of grand larceny after she allegedly stole $128,000 from a pair of rural parishes just to satiate her seemingly unquenchable thirst for casinos.

Rapp’s attorney, James Harrington, was quick to defend her client’s character, telling the Associated Press that “she’s been a nun for a very long time, been a very good person, never in any trouble before. She did great work wherever she was assigned.”

Sure, but she’s also being looked at for stealing well over $100,000 from two rural parishes. Remember, the operative word there is “rural”, which seems to suggest that those two parishes probably needed that money more than the nun did .

Despite Rapp’s ringing, albeit biased, endorsement of Sister Rapp, authorities have reason to believe Rapp’s guilt, particularly because of her well-chronicled history of gambling addiction, one that includes previously seeking treatment for her aforementioned addiction.

Talking to the AP, Sister Edith Wyss, the provincial minister for the Sisters of St. Francis, even admitted of Sister Rapp’s prior treatment for the addiction. “She spent 9 1/2 months in an in-patient treatment program and has maintained her recovery in the year since,” Sister Wyss said.

Should Sister Rapp be found guilty of stealing that money, she could be sent to a different kind of sequestered life: behind bars. There’s still a possibility that she could escape being sent to prison because of her work in helping the less fortunate.

We don’t condone stealing money in an effort to scratch your gambling itch, even if its somebody who supposedly espouses and imbibes all the right virtues. But as Sister Rapp – and Sister Thornton from two years ago – have shown us, if there’s an itch that needs to be scratched, anybody, even if you’re a nun, will fall to the temptation of scratching it.

On a more serious note though, we certainly hope that Sister Rapp gets more help for her gambling addiction. It’s a shame that a life spent in service of others is being tainted by something she, with her addiction, should not be subjected to anymore.