May refusal to sanction McKinnon extradition could have far reaching effects 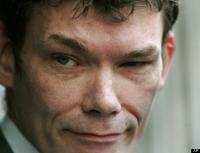 UK home secretary Theresa May has quashed the extradition of a computer hacker to the USA in a case that may have an effect on future cases involving the technology industry. It was early this afternoon when May decided that Gary McKinnon, the 46-year-old that suffers from autism and is at the centre of the transatlantic court case, could commit suicide if he were extradited on the hacking charges.

May’s statement, as reported by the Guardian, goes as follows:

Since I came into office, the sole issue on which I have been required to make a decision is whether Mr McKinnon’s extradition to the United States would breach his human rights.

Mr McKinnon is accused of serious crimes. But there is also no doubt that he is seriously ill. He has Asperger’s syndrome, and suffers from depressive illness. The legal question before me is now whether the extent of that illness is sufficient to preclude extradition.

After careful consideration of all of the relevant material, I have concluded that Mr McKinnon’s extradition would give rise to such a high risk of him ending his life that a decision to extradite would be incompatible with Mr McKinnon’s human rights.

I have therefore withdrawn the extradition order against Mr McKinnon. It will now be for the director of public prosecutions to decide whether Mr McKinnon has a case to answer in a UK court.

The news was of obvious relief to McKinnon’s family who have campaigned for 10 long years to get the extradition overturned. McKinnon was accused of hacking into 97 US military and NASA computers between February 2001 and March 2002. It has been called the “biggest military computer hack of all time” and exposed huge security flaws in the country’s computer systems. For the crime, he was set to rot in a US jail cell for as long as 60 years. In recent days some have said that hackers like this should be used to the US’s advantage instead of being punished with the expertise going to waste.

McKinnon’s case could be a ray of light to another man the US is after – TVShack.net founder Richard O’Dwyer – and the changes to extradition law that McKinnon’s case has brought to the fore may limit the scope of the US trying to enforce its laws beyond its borders. The “forum bar”, which has been inserted into Britain’s convoluted extradition treaty with the US, means that if a person can be tried in the UK they will be. It also gives British courts power to “bar prosecution overseas if they believe it is in the interests of justice to do so”.

There have, of course, been no indications that O’Dwyer will kill himself and if it were the case it would have to join a line with the plethora of other complaints about his case. It includes the fact that computer servers were never located in the US and it comes after you take into consideration that O’Dwyer didn’t actually commit a crime. His site was a link aggregator that never hosted copyrighted content. Wikipedia founder Jimmy Wales is one that has come out in support of O’Dwyer and a petition was launched that gained hundreds of thousands of signatures. One of Wales’ main arguments is that convicting these types of people stifles online innovation.

McKinnon’s non-extradition is a good thing for those also fighting against US involvement in their cases – the “forum bar” in particular likely to be of help. Whether it will stop the US enforcing laws is so far unclear. Cases like this can only make their resolve weaker and that’s always a good thing.