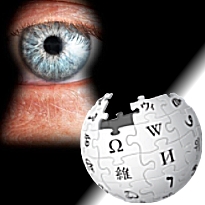 Jimmy Wales, founder of online encyclopedia Wikipedia, has spoken out against the UK government’s proposal to track the digital communications of its citizens. The government’s plan is detailed in the so-called Snooper’s Charter, formally known by the infinitely more innocuous title of the Communications Data Bill, which was unveiled this summer. Should the Bill become law, UK internet service providers would be required to keep records of their customers’ data usage, including the web sites they visit, emails they send and receive, phone numbers they dial, texts they send, even the physical locations they visit while carrying their geo-locating mobile phones. The cost of such a scheme to the UK taxpayer has been estimated at £1.8b over its first decade of existence.

Wales is a special tech adviser to the UK government, and he’s using his position to remind public officials that the routine surveillance of citizens in the absence of any reasonable suspicion of wrongdoing is something one ordinarily associates with more authoritarian regimes, such as China or Iran. In an appearance last week before the Joint Committee of the House of Commons and House of Lords tasked with ‘pre-legislative scrutiny’ of the Bill, Wales said it was “not the sort of thing I’d expect from a western democracy.” Wales went on to say that, should the Bill become law, Wikipedia would encrypt all its connections with the UK, a process he says will force the UK’s data snoopers to engage in the “black arts.” In January, Wales ‘blacked out’ Wikipedia to protest the draconian SOPA and PIPA bills then being debated by Congress in the US.

Wales is far from alone in his criticism of the Bill. The London Internet Exchange (Linx), which represents ISPs, told the Committee that the Bill’s wording was so vague as to provide authorities with “effectively unfettered and wholly inappropriate” discretion as to how they used the collected data. And as other critics have pointed out – and last week’s publishing by AntiSec hackers of 12m unique Apple device identifiers the group claimed to have obtained from an FBI agent’s laptop – it’s not enough for the UK authorities to claim that they’ll take good care of the info they collect when the only tools necessary to crack open a digital safe are a dedicated individual, a laptop and an endless supply of Red Bull.

Frankly, it’s bad enough what organizations are doing with the data they can now legally access. In July, the Irish Times reported that UK banks had begun scanning mortgage applicants’ credit reports for indications they’d used online betting services. A London Country mortgage broker said “evidence of regular gambling can have a negative impact on a client’s mortgage application … if the lender is worried about the borrower’s ability to manage their finances. Alternatively, if could be seen as a regular outgoing, and therefore reduce the amount that the lender will offer.” Guess it’s time to rework that anti-gambling cliché into “click your mouse, get turned down for a house.”