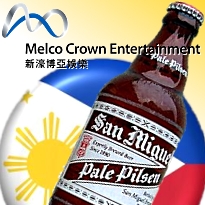 Despite a 60-day deadline having expired on Wednesday, talks are continuing between Macau casino operator Melco Crown Entertainment and Philippine outfits Belle Corp and SM Investments Corp on their proposed Belle Grande casino joint venture in Manila’s Entertainment City project. The parties signed a memorandum of understanding on July 5 that envisioned having a finalized agreement ready to sign within two months, but questions regarding financing, leasing, operation and management have yet to be resolved to all parties’ satisfaction. However, Belle Corp CFO Manuel Gana told GamblingCompliance that the parties “don’t anticipate any problems” reaching a consensus. Gana was bound by a confidentiality agreement, but said the talks were continuing by “mutual consent” and offered a “no worries” prognosis.

The chief difficulties in taking this pie out of the oven may stem from discussions over how big each partner’s slice will be. Earlier this week, unnamed sources in Hong Kong told Macau English-language media outlet Business Daily that Melco Crown’s overall investment in the Belle Grande project would be less than the maximum $580m originally stated in the July 5 announcement, with SM Group-controlled Banco de Oro making up the difference. Business Daily also claimed that Hong Kong-listed Melco International Development was planning a $300m dual listing on the Manila stock exchange, the proceeds of which were to be used to fund its share of the Belle Grande casino project.

Definitely not funding any Entertainment City casino projects anytime soon – or ever – is the Philippines’ biggest company, San Miguel Corp. This weekend, San Miguel president Ramon Ang told ABS-CBN News that his outfit “won’t enter that business. If you put up a casino, whether in Singapore or the Philippines, 75% of the clients are domestic. You’ll be killing off a lot of domestic businesses and contributing to break-ups of marriages and families.” Et tu, Ramon? Should the maker of San Miguel Beer – one of the top-10 selling beer brands worldwide – really be suggesting that the gambling industry has contributed to more romantic disentanglements than, um, alcoholic beverages? Then again, perhaps Ramon believes that alcohol is a perfectly acceptable and harmless product, assuming it’s handled responsibly. Too bad he can’t extend that same logic to industries in which he doesn’t have a vested interest.