Home / Business / New Jersey: no plan to issue sports betting licenses before Dec. 1 at the earliest 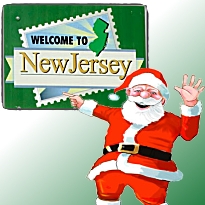 It’s somewhat ironic that New Jersey Gov. Chris Christie was picked to deliver the Republican party’s showcase speech at the GOP national convention in Tampa on Tuesday. While Christie is as capable of delivering an anti-Obama rant as he is of scarfing an unguarded donut, the Garden State has been leading the charge to make intrastate online gambling a reality, and now the GOP’s official policy has been revealed as seeking a “prohibition” of gambling over the internet. Conflicted?

Meanwhile, New Jersey has armed itself with a well-connected legal team to fight the major North American sports leagues’ attempts to bar NJ’s plan to offer sports betting at Atlantic City casinos and state racetracks. Dennis Drazin, who heads the group that operates the Monmouth Park racetrack, had volunteered to serve as New Jersey’s sports betting guinea pig, offering to build the necessary facilities and offer free bets until the legal squabbling over the constitutionality of the federal PASPA anti-sports betting laws was through. However, contrary to earlier suggestions that state residents would soon be openly wagering on Giants and Eagles games, New Jersey apparently doesn’t intend to grant any sports betting operating licenses this fall, and perhaps not even this year.

NorthJersey.com writer John Brennan uncovered a series of letters written by state attorney general Jeffrey Chiesa to the federal judge handling the leagues’ request for a preliminary injunction against the state. The primary intent of Chiesa’s correspondence was to stress that there was no urgency underpinning the leagues’ request for a speedy injunction smackdown because New Jersey wasn’t in a position to start taking wagers anytime soon. In a filing dated Aug. 17, Chiesa told US District Court Judge Michael Shipp the state “currently does not anticipate awarding any licenses before December 1, 2012, at the very earliest.” Chiesa went on to say that even this “aggressive timetable assumes that a qualified applicant will seek and be granted a license immediately after the implementing regulations are issued.” The leagues’ counsel, William O’Shaughnessy, responded by telling the judge that Chiesa’s Dec. 1 timetable was “meaningless” without a formal commitment by New Jersey to not award any licenses while the suit was pending. Tune in next week when O’Shaughnessy argues that Chiesa’s promise didn’t count because his fingers were crossed, and Chiesa replies that O’Shaughnessy can view his middle finger anytime he likes.