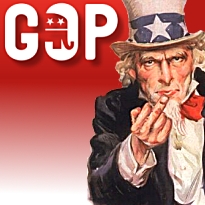 The ‘party of no’ has struck again. On Tuesday, delegates attending the US Republican national convention in Tampa officially nominated Mitt Romney as their candidate for president of the US of A. As part of the red-white-and-fuck-you festivities, the Republican National Committee released its party platform, the blueprint for how the Romney/Paul Ryan ticket intends to govern should it be elected on Nov. 6. (A draft version has been circling for a few days, but this one’s the real deal.)

In that platform (viewable here), under the heading of “Renewing American Values” and the subheading of “Making the Internet Family Friendly,” the relevant entry reads: “Millions of Americans suffer from problem or pathological gambling that can destroy families. We support the prohibition of gambling over the internet and call for reversal of the Justice Department’s decision distorting the formerly accepted meaning of the Wire Act that could open the door to internet betting.”

Notwithstanding Judge Weinstein’s recent District Court ruling that poker was a game of skill and therefore not prosecutable under the Illegal Gambling Business Act, given that the “formerly accepted meaning” of the 1961 Wire Act was widely viewed as having lumped poker in with other forms of gambling, the GOP appears to be effectively ruling out the possibility of any online poker bill passing a Congressional vote anytime soon. And even if Obama retains the White House (and control of the Department of Justice), the GOP platform represents “the definitive statement of the Republican Party’s principles and ideals.” As such, it’s difficult to envision a scenario under which Senate Majority Leader Harry Reid (D-NV) would be able to find the 10-20 GOP votes he’ll need if the GOP decided to filibuster his as-yet-unseen federal online poker bill.