Home / Business / Why did Full Tilt Poker CEO Ray Bitar get on that plane to New York? 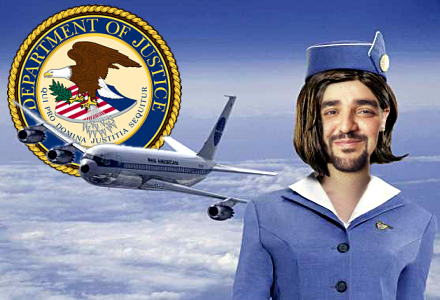 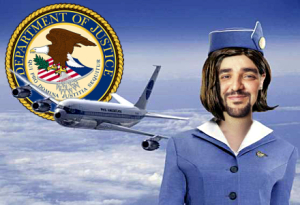 Among the many questions poker players and industry observers are asking themselves following Monday’s news that Full Tilt Poker CEO Ray Bitar had decided to throw himself at the mercy of US law enforcement, was… why? Why had Ray left his relatively secure sanctuary in Ireland and put himself on a New York-bound plane to face a raft of felony charges stemming from the US Department of Justice’s April 15, 2011 ‘Black Friday’ crackdown on online poker companies?

Ray’s decision to squeeze his ample posterior into an airline seat is even more puzzling given that his attorneys had repeatedly requested some kind of assurance that there were no additional charges waiting to be sprung – requests the DoJ categorically refused to grant, which any rational individual would have taken as a near guarantee that additional charges were forthcoming.

While Ireland does have an extradition treaty with the US, the fact that Ray’s crimes had their roots in online gambling may not have met the dual criminality standard required by Ray’s Irish hosts, a theory bolstered by the apparent lack of extradition proceedings prior to Ray’s transatlantic trip. At Monday’s arraignment, Assistant US Attorney Arlo Devlin-Brown mentioned the possibility that if Ray was granted bail, he might do a runner to a country from which the US couldn’t extradite him, implying the USAO would have tried to extradite him from Ireland had that option been available.

CalvinAyre.com spoke to a gaming industry attorney who noted that the official policy of the DoJ is that they don’t negotiate with fugitives. As such, the US Attorney’s office for the Southern District of New York may have told Ray that they wouldn’t even consider working out the parameters of a plea agreement until he put something on the table (like his cuffed hands). Earn a little goodwill by waiving your extradition rights and turning yourself in; then and only then will we talk about a potential deal. That might explain why Ray turned himself in, yet chose to plead ‘not guilty’ – a chip he can agree to surrender for some small consideration during subsequent negotiations.

Of course, there’s always the possibility Ray was simply running out of the millions of dollars in salaries and dividends he’d helped himself to from FTP player accounts over the years, causing his lawyers to put him on a countdown to Seeya-ville. Take your shot now while you can still afford quality representation, or go into court with a public defender that may or may not have lost money when FTP went offline.

The fact that the DoJ kept the ‘wire fraud against players’ charges under wraps until Ray’s ass was stinking up US soil strongly suggests that the same scenario awaits at least some of the other Black Friday indictees who remain at large – Absolute Poker co-founder Scott Tom, in particular. Unlike PokerStars, which refunded its US player deposits in full, AP’s post-Black Friday story roughly mirrors that of FTP: player deposits gone with the wind and a communications strategy worthy of Helen Keller. Unlike Ray, Scott Tom has so far chosen to remain beyond the DoJ’s reach on the island of Antigua. Scott’s half-brother and fellow AP indictee Brent Beckley turned himself in before Christmas with what he believed to be a plea agreement for a 12-18 month sentence, only to have Judge Lewis Kaplan announce he “intends to consider an upward departure” from that duration. Beckley’s latest sentencing date is set for July 23, while Ray’s next docket date remains as unknown as his reasons for getting on that plane.