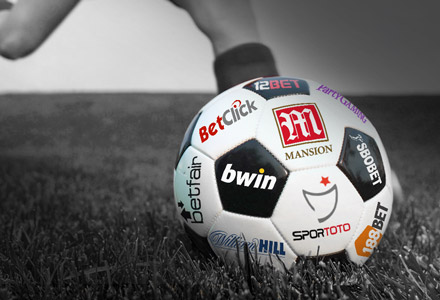 We’ve seen many companies through the years go down the route of sports sponsorship in order to raise brand awareness.

Asian-facing operators such as SBO Bet, 12Bet and 188Bet have taken any available opportunity to get involved with Premier League clubs. The reason behind this being that in their primary markets it’s the best (and possibly the only) way of showing potential customers their name. Of course, it doesn’t allow for any space in which to sell yourselves but it’s certainly better than nothing.

There’s also value for European-facing operators to get involved in sports sponsorship. Or at least you would hope that there is considering the figures that surrounding sports sponsorship by the gambling industry in Europe.

The European Gaming and Betting Association claims states that in 2008 gambling companies did around €65 million of sponsorship deals. In 2012, the gambling sector ranked at number eight in the top 10 investors as sponsors of sports teams and events in Europe.

The EGBA also noted in a review undertaken by head of European policy Helen Day that sponsorship spend in the online gambling industry continues to increase and shows few signs of stopping.

William Hill recently entered a landmark deal with the English Football Association, which will see them becoming the official betting partner of The FA Cup as well as being a supporter of the England national team. This deal is set to last two and a half years, which will take it just past the conclusion of the 2014 FIFA World Cup that is taking place in Brazil.

Just last week Betfair signalled their intent to get in the minds of German customers following the regulation of Schleswig-Holstein with a two-year sponsorship of German football team Bayern Leverkusen.

However, when it comes to the kings of sports sponsorship from within our industry you needn’t look much further than bwin. The Austrian pure play operator has had deals with Italian and Spanish football clubs that have totalled more than $200 million. Interestingly though, all of bwin’s major sponsorship deals were signed before their merger with PartyGaming so whether they continue to follow this path remains to be seen.

Our next indication will be when their sponsorship of Real Madrid (their only current deal) expires in October of this year. While they did extend their MotoGP sponsorship in December, with all due respect to fans of the sport, it’s not quite on the same level as the size of the football deals taking place.

To get an idea of what size we’re talking about here, consider the six biggest sports sponsorship deals entered into by gambling companies. Conveniently, they’re listed below courtesy of TWSM, a Repucom/Sports Marketing Survey product:

First up is sportsbook operator Betclic whose deal with Italian football side Juventus cost them $21,400,000. The deal, signed on April 4 2010, ran for two years and actually expired on June 30. As the sponsor on Juventus’ black and white shirts, Betclic was largely exposed to the Italian market and will likely have been able to make this deal at a lower price than usual following Juventus’ demotion to Serie B following a match fixing scandal.

This is the first of three bwin deals to make this list and was signed in April 2006. It was to be the shirt sponsors of another Italian football club AC Milan (no wonder they had match fixing issues!), and cost $49,000,000. This four-year deal equated to $12,250,000 per year during which time AC Milan would have been regularly viewed in Italy and throughout Europe.

Mansion Casino, who targets markets throughout Europe as well as Australia and Canada, signed a four-year deal in May 2006 with The English Premier League team Tottenham Hotspur. The pleasure of appearing on the shirts of the North London side cost them a tasty $64,000,000, which works out at a hefty $16,000,000 per year which considering the scale of Mansion Casino’s operations is a sizeable amount.

Possibly the highest profile sports sponsorship deal by a gambling company was this one involving bwin and Real Madrid. In 2009, the Austrian bookmaker agreed to shell out $65,853,000. However, they clearly felt it was worth it as this was actually the renewal of a previous deal and left the company lining the pockets of one of the richest football clubs in the world with $25,951,000 every year. An employee of bwin.party recently said at an iGaming society meeting that he felt bwin were only really known outside of their home markets for being on the Real Madrid shirts – read into that what you will…

The final and most lucrative entry from bwin here is there deal with Manchester United, which enable them to become the club’s official betting partner – title that is now held by Betfair. It cost them $98,000,000 overall for the pleasure of palling up with those at Old Trafford and was worth $24,500,000 per year. The deal lasted for 4 years after having been signed on the same day that bwin also tied up their deal with AC Milan in 2006.

Of all of the deals listed here, this is probably the one that fewest people will have heard of. Ironically, it’s also the most expensive costing an eye-watering $125 million. The deal is for the government-run sports betting operator to sponsor three of Turkey’s top four football leagues. This gave birth to the Spor Toto Super League, which makes it the only deal on listed here not to involve the sponsorship of a team. As a five-year deal, Spor Toto pays $25,000,000 per year and will continue to do so until August 2015.