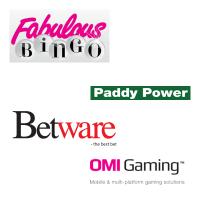 An ad for Fabulous Bingo is the latest to feel the wrath of the Advertising Standards Authority after a complaint from the Gambling Reform & Society Perception Group (GRASP) was upheld. The ad features two women sitting in a café and the “dull looking” one of the two was transformed when she pressed a button on the laptop in front of her – to the bewilderment of the first woman. GRASP thought the site “irresponsibly linked gambling to seduction, sexual success and enhanced attractiveness,” and the ASA agreed. With that the complaint was upheld and cannot appear in its current form after breaching BCAP Code Rules 17.3.6 and 17.3.7.

Paddy Power are no strangers to controversy and have released their latest ad in the “We Hear You” campaign. This time they’ve replaced the mobile Vuvuzela with a Ukrainian version – the Zozulica. The ad sees a banged up old Ukrainian car carrying a huge version of the instrument before breaking down in the middle of Ukraine and being reprimanded by the Police.

Betware and Danske Spil are teaming up to offer the former’s smartphone suite in Denmark. It gives Danes the chance to take part in lotto, sports and instant games via their handheld device and of course opens them up to live betting. Jens Aaløse, Managing Director of Danske Licens Spil added: “Going forward, we expect to continue adding the popular scratch games through all our distribution channels, where mobile is taking an increasingly important role.”

The Alderney Gambling Control Commission (AGCC) has granted Swedish mobile developer OMI Gaming a core service provider licence. It means operators licensed in Alderney and other “reputable” jurisdictions can utilize their games and AGCC spokesperson Robin Le Prevost said: “It is interesting but by no means unique that they wanted their first accreditation to come from Alderney as that demonstrates to all that they aspire to the very highest standards and that will be of enormous help and value to them as they build their business and we wish them every success.”