Home / Business / Glitches, hitches and bitches: when winning wagers aren’t what they seem 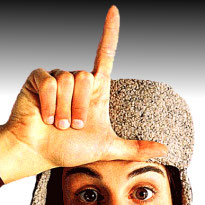 Italian punter Bruno Venturi’s luck ran out last week after a High Court judge in London ruled the jackpot Venturi believed he’d won wagering with Gala Coral subsidiary Eurobet was the result of a software cockup. Pet shop boy Venturi (we’re not being flip; he works at a pet store in Naples) was playing the lottery-style Sixty Seconds game at Eurobet.com in January 2009, and parlayed a €20 stake into €707k in less than four hours of play. During that time, Venturi placed 6,670 individual wagers (over 30 per minute), but a software glitch meant he was only being charged for one of every six of those wagers, which, as you can imagine, somewhat tilted the odds in Venturi’s favor.

When Eurobet discovered the glitch, it notified Venturi that it wouldn’t be honoring his ill-gotten gains. An outraged Venturi took the matter to court, where Eurobet attorney Patrick Lawrence challenged Venturi’s claim not to have noticed anything was amiss during his marathon free roll. “I didn’t have a clue. I thought I was very lucky.” (We should all be so fortunate.) Judge Simon Brown ultimately ruled that each of Venturi’s wagers represented an individual contract with the betting site, and since Venturi hadn’t in effect honored his side of 5/6 of those contracts, “this is a case where the claim must fail.” Venturi said he plans to appeal the ruling.

ROTTEN RONNIE
The same year that Venturi thought he’d hit the jackpot, Flint, Michigan gambler Ronald Page found himself in a similarly ‘too good to be true’ situation when his bank account was mistakenly granted unlimited withdrawal privileges. Within a 15-day period, Page managed to withdraw around $1.5m from ATMs located inside Detroit-area casinos. Presumably figuring he’d win enough at the gaming tables to be able to repay the bank and still make a profit – essentially a one-man hedge fund – Page began a pattern of withdrawing, gambling and losing, after which he’d head back to the ATM and begin the process anew. The scheme unraveled when the bank realized its error and cut Page off before he could get hot at the tables. Unlike other hedge funds, Page has since been convicted of theft of bank funds and faces up to 15 months in prison when he’s sentenced on June 27.

DID YOU GET THE NUMBER OF THE BUS THAT HIT YOU?
Page obviously knew what he was getting himself into when he withdrew $1.5m from an account that had only a couple hundred bucks in it. That’s more than we can say for clueless Colorado resident Don Miller, who in February gave $10 to a man employed as a Colorado Springs city bus driver as a Super Bowl pool wager. Miller bet that the score at the end of the first quarter would be 9-3 in favor of the New York Giants, and when the quarter ended up with the Giants ahead 9-0, Miller thought he’d won, because “New York had nine. That was my number.”

Told by the amused bus driver that having only one of the two scores wasn’t good enough, an outraged Miller decided to sue the city, because, you know, it was their fault for hiring people who can perform basic math. The Colorado Springs Gazette reports that the city had the distinct pleasure of telling Miller that it owed him fuck-all, because not only had Miller not actually won anything, the bus service was operated by a private company hired by the city and the city was not responsible for the actions of that company’s employees. Leaving aside Miller’s stupidity for the moment, the truly notable item here is that that Miller was able to find an attorney willing to handle his claim. Then again, in overly litigious America, perhaps not.