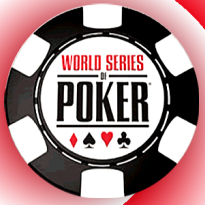 Event #6 at the 2012 World Series of Poker was the $5k NLHE Mixed-Max, the switch-em-up format that made its debut at the 2011 WSOP Europe. The 407-strong field was bested by French-born, Malta-residing Aubin Cazals, who had to win the longest heads-up match in WSOP history – nine hours and 25 minutes against Warwick Mirzikinian – just to get to the final against 2010 November Niner Joseph Cheong. The unexpected delay in determining Cheong’s opponent created scheduling conflicts that almost resulted in what would have made the earliest start (9am) for a final table in WSOP history. Mercifully, this was pushed back to noon. Three hours later, the 21-year-old Cazals was crediting his youth for giving him the stamina to pull off the win, the bracelet and the $480k prize. Cheong earned $297k, while Mizirkinian and Hugo Lemaire each received $162k.

Event #8, the $1,500 Omaha Hi-Low Split Eight-or-Better, drew 967 entrants, a record for an Omaha eight-or-better tourney. In stark contrast to Cazals’ youth, Event #8 was won by Herbert Tapscott, a 71-year-old private pilot/Air Force vet, who told CardPlayer his victory over runner-up Gavin Griffin proved that age was “no barrier when it comes to this sport.” Tapscott collected $264k for outlasting a final table packed with pros, including poker’s original triple-crown winner Griffin, John Racener and Can Kim Hua. Griffin settled for $163k and New Orleans’ Ashly Butler earned $102k for coming third. Since he can no longer properly close his wallet, Tapscott intends to enter a few more events than originally planned.

Event #10, the $5k Seven Card Stud, finished after midnight on Tuesday. It took three days to go from 145 entrants to John Monnette defeating Huu Vinh heads-up to earn just under $191k. It’s the second bracelet in as many years for Monnette, who won a $2,500 8-Game Mix in 2011 with the same winning hand (pair of jacks). Guess Vinh can take solace (and $118k) in the fact that he was fighting fate.

The final table is set for Event #9, the $1,500 NLHE Re-Entry. From a field of 3,404, Ryan Olisar remains on top with 3.71m chips, followed by Brian Rast’s 2.41m. Amanda Musumeci is third with 2.04m, keeping hope alive for an end to the drought since the last female player (Vanessa Selbst) took an open event bracelet in 2008. Play begins at noon Vegas time.

Swedish phenom Viktor ‘Isildur1’ Blom popped his WSOP cherry on Tuesday by entering Event #12, the $10k Heads-Up NLHE. Yes, the 21-year-old Blom – an online demon who debuted his human manifestation in grand style by winning the $100k Super High Roller at the 2011 PokerStars Caribbean Adventure – is finally old enough to play poker on US soil. Blom made short work of 2012 bracelet winner Andy Bloch but met his match in Tommy Chen during the second round. With Day 1 in the books, 32 of the original 152 players are returning Wednesday, all of them guaranteed a payday. Unlike most of you reading this, who now need to get back to work.