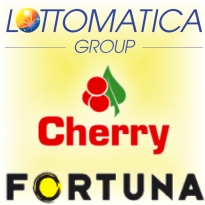 Lottomatica Group’s net profit rose 163% to €58m in Q1 2012 on strong performance in its home market of Italy, where online poker, casino and VLTs boosted revenues 4.5% to €482m. Subsidiary GTech’s US lottery operations saw a 25% revenue boost to €237.5m, partly due to a wave of overstuffed jackpots bringing out the wallflowers (like Floyd Mayweather). Total revenues were up 11% to €780m. This is the best earnings quarter in the company’s history, but CEO Marco Sala cautioned the Financial Times that his home country was “one of the most penetrated markets in the world. It cannot go on growing like this.” Sala looked to the US for growth, saying there was “an increased interest” around the world in “the possibility of innovations and lottery privatizations.”

Czech betting/lottery operator Fortuna Entertainment Group’s earnings were essentially flat in Q1, slipping 0.3% to €8.4m. Turnover fell by a similar margin to €113.8m, but gross win rose 15.9%. Fortuna’s performance was better than most analysts had expected, considering the company took a €1.2m earnings hit on its lottery operations, which aren’t expected to start paying off until H1 2013. The 9k users at Fortuna’s new online sports betting operation in Poland contributed 13.1% of total turnover, up from 11.9% in 2011.