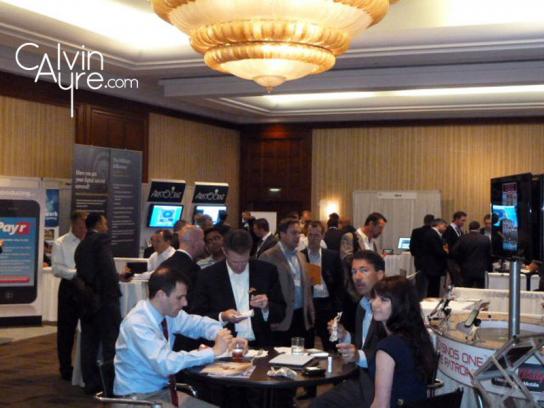 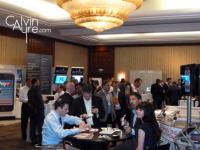 The Global iGaming Summit & Expo (GIGSE) 2012 in San Francisco was an excellent event for those interested in entering the US online gambling market once it is regulated. Clarion Gaming did a fantastic job organizing the conference and pulling together speakers from around the United States and beyond to cover all the hot issues surrounding the US online gambling market and upcoming regulation. The turn out was just over seven hundred, the largest turnout at GIGSE since UIGEA was passed in 2006.

It works both ways though, as CEO Jim Ryan of Bwin.Party pointed out in his panel: “If you’re an online gambling company looking to enter the US market, look for a partner and be B2B enabled. There will be no pure online gambling operators entering the US marketplace…the land based companies will hold the licenses and you need to partner with them, maybe even more than one of them. We will be ‘invited guests’ into this market and we are happy to participate in any way”.

The well attended GIGSE conference sessions were split up into three themes over three days, the first day with a focus on the basics of online gambling for the newbies, the second day with a focus on regulation and tribal gaming and the third on strategy and social gaming.

While there were a number of delegates who attended GIGSE for all or some of the sessions, a good chuck simply attended for the networking opportunities and the closed door meetings. GIGSE served and will continue to serve as an ideal opportunity for online gambling operators and suppliers from outside the US to build relationships and secure partnerships with US land based companies who will be granted licenses once they are available.

Looking back over the past week in San Francisco, one of the largest regulatory challenges on a federal and state by state level is dealing with the tribes across the United States, also responsible for 52% of US gambling revenue when combined, according to Jason “Wolf” Rosenberg of American iGaming Solutions.

At present, unless a tribe has a large land based presence and a shed load of money behind them such as the Seminoles of Hard Rock or the Mashantucket Pequots of Foxwoods, the smaller tribes risk getting left behind when online gambling regulation is passed. We can only hope that all tribes across the US work together through national organizations such as the National Indian Gaming Association (NIGA) and state associations such as the California Tribal Business Alliance (CTBA) to prevent Native Americans from getting left out of the regulation puzzle.

Another issue that constantly came up at GIGSE (and everywhere else, for that matter) was the difference in opinions in assessing how and when regulation will actually happen within the US. Most think its safe to say that federal regulation of any sort is a long way off, but state regulation is looking pretty complicated as well, especially within California.

California may have the largest poker market in the nation and according to Senator Lou Correra, “California is watching Nevada closely and will be following right behind them”, but the state is also massively fragmented due to the large number of tribes and differing opinions on how online poker should be regulated. These differences of opinion became clear to GIGSE delegates during the “Making a breakthrough in California” panel in particular, leaving the crowd doubtful that a solution will be uncovered within the state of California anytime soon.

However, the one thing that the tribes in California do seem to agree on is that recently proposed SB1463 bill should not be passed and according to Michael Lombardi of the Augustine Band of Cuhilla Indians, “no way, no how” will this bill actually come into fruition. No one seems to have the answer on how to do it right, though.

While GIGSE was a very successful event, it is interesting that so many senior professionals decided to fly to San Francisco from around the United States and beyond to attend a conference that is covering sector that is still very uncertain. However, experts say that when the US regulates it will happen fast, so it is worth it to be as prepared as possible to flip the switch when the time comes.

My advice after attending GIGSE 2012? Try not to spend too much time and money preparing just yet because we have no idea how things will actually pan out.