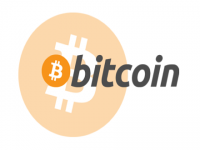 A digital money expert thinks that Bitcoin is a perfect fit for the online gambling industry. Reuters report Jon Matonis, former head forex trader at Visa, thinks the anonymous payment system is the perfect “digital poker chip” for the online gambling industry. He added that it’s a natural fit for societies that prefer cash payments to digital ones. If he’s right, the payment method would work well in a number of developing countries that are starting to see what online gambling is all about and don’t have advanced banking facilities.

This doesn’t mean there aren’t still huge questions surrounding three-year-old currency in particular. A growing number of people are sceptical of Bitcoin due to it not having any credible backing and seeing problems with it being used for illicit activities – such as money laundering and the sale of drugs. Aren’t they some of the same problems that normal currency has?

Banking and payment expert Simon Lelieveldt was quoted by Reuters as stating: “There is always a power base underlying a currency.

“Bitcoin is not going to fly because there is no central bank or power base. It’s doomed to fail.”

No backing from a central bank is why this youthful currency has a chance to thrive among huge swathes of the planet that are critical of the banking sector. Take countries like Italy and Greece where the economies are on their knees and being able to use an anonymous virtual currency is attractive.

It’s plain to see that for any anonymous payment system to get off the ground they will need some kind of backing and until that day comes they’ll largely be underground operations where super geeks thrive. When someone does harness one and make a success the anti-gambling over-regulating authoritarian governments will have to watch out. These are stealthy operations and anyone doubting they’ll be a success may be way too late to the party when one of them actually reveals itself as a global payments behemoth.