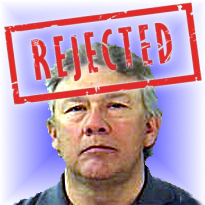 The plea deal struck between indicted Black Friday payment processing figure John Campos and US federal prosecutors hit a snag on Wednesday when the judge overseeing the case basically said WTF? Campos, the former vice-chairman of Utah’s SunFirst Bank, had agreed on Tuesday to plead guilty to a single misdemeanor charge in exchange for the government dropping the six felony charges it brought against the ex-banker for assisting online poker companies to process transactions. Under this deal, Campos would face no more than six months in prison. Campos would also waive his right to ever again work in the banking field. But on Wednesday, Judge Lewis Kaplan bluntly questioned prosecutors as to why Campos was entitled to such leniency.

Campos and co-defendant Chad Elie were the sole Black Friday indictees in federal custody that had agreed to fight their charges in court. A trial date was set for April 9, but Elie abruptly changed his tune on Monday, striking a deal with prosecutors to plead guilty to a single count of conspiracy in exchange for a sentence of six to 12 months in prison. Elie also agreed to surrender $500k in allegedly ill-gotten gains he earned via the poker processing and to relinquish any claim on any of the moneys seized by the feds on Black Friday. Elie is to be sentenced Oct. 3.

After Campos’ plea was presented to Kaplan in federal court in Manhattan on Wednesday, the judge responded bluntly: “Why should I do that?” More to the point, Kaplan asked prosecutors whether their generosity towards the defendant indicated they were “basically walking away from the prosecution.” Kaplan is not alone in wondering whether the prosecutors really felt all that confident about arguing their case in front of a jury. Assistant US Attorney Arlo Devlin-Brown acknowledged that the defendants’ claims to have received legal opinions that online poker was not illegal – an assertion bolstered by the Department of Justice’s pre-Christmas opinion on the scope of the Wire Act – presented “a risk that a jury on that basis could have a problem.” Nonetheless, Kaplan agreed to review a probation report on Campos and consider the government’s written arguments in favor of the plea deal. Sentencing has been set for June 27.