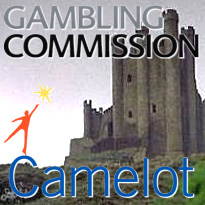 UK National Lottery operator Camelot will follow through on its threats by filing a formal request next week with the High Court for a judicial review of the Gambling Commission’s approval of the Health Lottery. The Health Lottery was launched last fall by media mogul Richard Desmond’s Northern & Shell outfit, but Camelot CEO Dianne Thompson claimed the commission made a “fundamental error” by not recognizing that the Health Lottery’s structure – a network of 51 regional ‘society lotteries’ operating under a unified banner – is intended to skirt regulations and the 12% duty applied to nation-spanning lottery operations like Camelot’s.

Thompson says the Health Lottery’s 51 societies “are advertised nationally, branded nationally, tickets are sold nationally and it is televised nationally,” putting it “in clear breach of this crucial market separation envisaged by Parliament.” If the review determines that the commission’s approval wasn’t sound, Camelot will seek “swift” action by the government to rectify the situation. Thompson acknowledged that “no business likes to be publicly at loggerheads with a regulator, but … we can no longer remain silent.” City A.M. quoted the Commission’s lawyers as saying Camelot’s claim “has no arguable grounds and no realistic prospect of success.” Health Lottery CEO Martin Hall doubled down, saying Camelot’s claims were “devoid of merit.”

The merits of Camelot’s claims aside, a key plank of Camelot’s outrage is that the Health Lottery contributes 20% of its revenues to government coffers, compared to 41% (counting the aforementioned 12% duty) contributed by Camelot. And Camelot’s contributions to the UK government coffers are significant. Global Business & Gaming Consultants reported the provisional figures recorded by HMRC on 2011’s lottery duty was £765.5m, 32% higher than in 2007. Having just received permission to expand the number of lottery outlets by 8k, Camelot reckons the government’s share will rise by a further £540m. Which has Camelot wondering, where is the love? Is it worth noting that the Camelot of Arthurian legend was ultimately destroyed by a nasty bout of in-fighting? Or that we now can’t get that damn Monty Python tune out of our head?