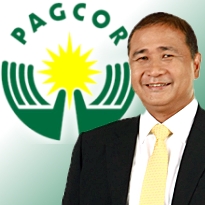 January figures show the Philippine Amusement and Gaming Corp. (Pagcor) has continued its winning ways from 2011. The Philippines regulator/operator’s January revenues came in at P3.36b ($78.4m), a 22% bump over the same month in 2011. Income from Pagcor’s operational side (casinos, arcades and in-house bingo) rose P505m (26%), beating its own monthly target by 3%. Income from Pagcor-licensed operations was up almost 12% from the previous year. Pagcor is predicting 2012’s overall revenues will be around P45b, or 22% higher than 2011’s record haul of P36.65b. Contributions from January’s bounty to Pagcor’s mandated beneficiaries came to P1.89b (+613m from Jan. 2011), the lion’s share of which (P1.16b) went directly into the National Treasury.

Pagcor’s substantial contribution to government coffers undoubtedly played a role in the Palace’s rush to defend Pagcor CEO Cristino Naguiat Jr. from allegations of impropriety made by Wynn Resorts in the American casino company’s ongoing legal squabble with its (former) largest shareholder Kazuo Okada. But the government has since qualified its support by ordering Executive Secretary Paquito Ochoa Jr. to launch an official investigation into Naguiat’s dealings with Okada. Okada’s Universal Entertainment recently broke ground on a $2b facility in Pagcor’s Entertainment City Manila complex.

Philippine president Benigno Aquino III, a former college buddy of Naguiat, said the probe “will first determine the specific accusations and we will task him to explain himself with regards to the specific accusations. Let us have the allegations, let him answer it, then we will weigh the allegations versus the defense on his actions or lack of action … we should afford him also the benefit of hearing him out before we make any judgment.” Retired Archbishop Oscar Cruz – who once suggested a local lottery winner move abroad rather than “risk his or her life” from potential vengeance sought by non-winners – has called for Naguiat to step down from Pagcor’s helm while the investigation does its work, but deputy presidential spokesperson Abigail Valte said the government would “leave it to the discretion of [Naguiat] how to take a call for resignation or a voluntary leave.”

COULD WYNN’S OKADA OBSESSION BACKFIRE?
Following Okada’s removal from the board of Wynn Macau on Friday, a Universal spokesman called the decision “extremely regrettable,” but insisted that the company would “look at it from all perspectives and take legal action.” Perspective seems to play a huge role in how this brouhaha is being interpreted. Many Wall Street analysts have treated the move as a boon for the US casino outfit, and Wynn shares have risen since the company’s announcement of the forced buyback of Okada’s shares at a 30% discount (the discount is actually higher once you factor in the method of payment – a 10-year promissory note earning 2% interest).

The perspective from Asia is distinctly different. Macquarie Securities’ Gary Pinge told the Las Vegas Review-Journal that Okada’s alleged improprieties really were “nothing more than standard industry practice” in the Far East and he doubted whether the allegations seriously warranted “as drastic an action as redemption and cancellation of $3b worth of shares at such a steep discount to market value.”

Philippine Star columnist Jarius Bonoc suggested an even more drastic reaction could be forthcoming from Macau’s junket operators, on whom Wynn Macau depends to bring in the VIP gamblers that account for 80% of its revenues (10% higher than the Macau average). Bondoc claims the junketeers are concerned that Wynn Resorts’ willingness to ‘out’ the identities of its VIP guests when it suited Steve Wynn’s whims has left other VIPs worried that they too might be thrown under the bus someday. There’s also speculation as to whether Wynn Resorts’ revelation of Naguiat’s stay at the Wynn Macau broached the special administrative region’s 2006 Personal Data Protection Act, which forbids casual disclosure of the names of casino and hotel guests.

Meanwhile, Okada’s US-based lawsuit to force Wynn to pry open its books so Okada can probe the company’s $135m donation to the University of Macau will get its next hearing March 8 in Clark County, Nevada district court.