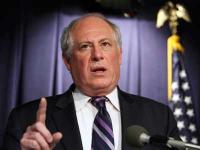 Illinois may be on its way to expanded gambling as supporters in the state have said the added revenue from more casinos could alleviate Gov. Pat Quinn’s proposed budget cuts.

According to a report by the Quad City Times, a “compromise” is being planned behind closed doors, which could bring casinos to Chicago, Rockford, Danville, southern Cook County and Lake County. Also part of the rumour is that there’s a one-time infusion of over $1 billion in licensing fees that could help pay down the state’s pile of unpaid bills.

Waukegan Democrat, Sen. Terry Link, who helped craft a gambling expansion plan last year said: “Everybody is interested in getting it done.” If his bill had been passed it would have allowed slot machines at the state’s seven horse racing tracks, including Quad-City Downs in East Moline.

However, East Moline Mayor, John Thodos, said he “don’t ever see it happening” despite wanting slot machines in his city. He said this is because Quinn opposes it. His city collects some property taxes from the land, but having slots “would help our city tremendously because we don’t get the (gambling) revenue stream,” he said. “All we’ve got left is the sore reminder of how it used to be.”

On Wednesday, the governor laid out a budget proposal that would close 59 state facilities, including prisons and centres for disabled residents. He also demanded that lawmakers work together to address skyrocketing Medicaid and employee pension costs. With this, Quinn’s representative Brooke Anderson cautioned that a gambling expansion plan is not a cure-all for the state’s crushing budget woes, stating: “We don’t think you can gamble your way out of this budget mess.” Nevertheless, the governor continues to send a team of aides to the gambling negotiations in hopes of finding an agreement that can be supported by all parties.