Kentucky gambling bill clears first hurdle, but could fall short of the prize 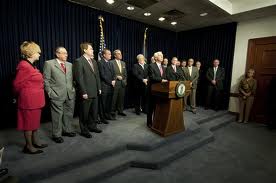 However, it may be stopped in its tracks before it has chance to shine.

Sponsor Sen. Damon Thayer, R-Georgetown, and supporter Democratic Floor Leader R.J. Palmer of Winchester, asked that the bill not be called for a floor vote today because two Democratic senators are expected to miss the day’s session because they are away on business. The leaders of the chamber’s Republican majority President David Williams of Burkesville and Majority Leader Robert Stivers of Manchester were quick to disagree, stating the bill will be considered anyway.

As reported by the Courier-Journal, Williams said: “Let’s not be disingenuous about this sort of situation. They need to get their members here that want to vote for this.”

Palmer added, without the two Democrats, “it’s doubtful” that the amendment could achieve the 23 votes it needs to pass as its supporters had planned to rely on the support of nearly all 15 members of the Senate Democratic caucus.

Thayer said these kind of delays are usually granted so to plow on with the vote regardless would simply “look like a deliberate attempt to kill the bill.” That’s proably what it is anyway.

“I want the bill to have a fair vote on the floor with all members present,” Thayer added. He said that he will renew his request today.

Stivers also said he believes a delay would be inappropriate: “On a personal basis, I have gone to great extremes to be here each and every day knowing that the respective votes and the members’ duties are to be here as a legislator from Jan. 2 through April 15,” he said. “I do that at loss of income.”

Beshear’s amendment marks the first time in a decade that a bill to authorize expanded gambling has reached the Senate floor. Let’s hope it gets a fair go this time, at least.