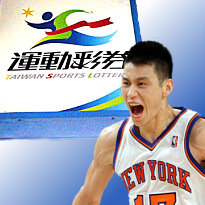 The New York Knicks have notched their seventh straight win since rookie phenom Jeremy Lin was called off the bench on Feb. 4 against the New Jersey Nets. Despite sitting out the entire fourth quarter Wednesday night, Lin scored 10 points, five rebounds and a career-high 13 assists to help the Knicks defeat the Sacramento Kings 100-88.

Lin’s (for the moment) unstoppable run is having plenty of unintended consequences, such as the rise in the stock price of Knicks’ broadcaster Madison Square Garden Entertainment. Following Lin’s last-second three-pointer that defeated the Toronto Raptors on Tuesday night, MSG stock spiked again Wednesday morning but closed down 0.37% on the day, apparently by a bunch of haters who figured Lin’s luck had run out. The puns on Lin’s name – Lin-sanity, Lin-credible, etc. – are even being graded on Twitter by film director and Knicks diehard fan Spike Lee. Spike loved the idea of Lin’s takeways being described as “embezzle-Lin” but was less impressed with the Dr. Scholls rip “I’m just jel-Lin.” (Like Lee’s films, they can’t all be winners.)

Some of the more predictable outcomes of the media onslaught include Lin’s jersey becoming the #1 seller at online sports apparel shops since Feb. 4. Las Vegas sportsbooks are decreasing the odds on the Knicks winning the National Basketball Championship, while online bookmakers are taking a flood of bets on Lin’s chances of earning Most Valuable Player honors. Of course, Lin’s rise also has its share of detractors. Boxer/gambler/baby-mama-beater/Pacquiao-avoider Floyd Mayweather Jr. recently tweeted this nugget: “Jeremy Lin is a good player but all the hype is because he’s Asian. Black players do what he does every night and don’t get the same praise.”

Unlike Floyd, Lin’s popularity in Asia is also undergoing a meteoric rise. Lin’s Chinese Twitter followers have reportedly topped 1m, but his Taiwanese heritage may be something of a headache for Chinese authorities. China still views the breakaway island as part of their country and party bigwigs are reportedly a bit miffed that the first Asian NBA star since Yao Ming retired isn’t viewed by the rest of the world as a Chinese national. The AFP had reported that China’s state broadcaster CCTV planned to add more Knicks games to their schedule, but the Financial Times reported that CCTV chose not to air the Knicks/Raptors tilt, opting instead for a tape-delayed Champions League footie match.

It’s a very different story in Taipei, where the Taiwan Sports Lottery is doing boffo business thanks to Lin. Betting handle at the only legal sports betting option in Taiwan is up 50% on games in which Lin has played, and Saturday’s game against the Timberwolves set a seasonal record of TW$9m (US$300k). The majority of these bets are – surprise – backing the Knicks. TSL GM Hung Ju-min said the company had “formed a task force to collect reference data for designing relevant betting options,” but given Lin’s unexpectedly abrupt rise to prominence, “we need one or two weeks” to put such options in place. Will Lin’s hand still be hot by then, or is that Lin-conceivable…?