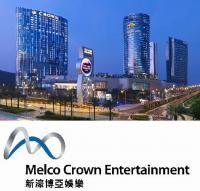 A report by Bloomsberg states Melco Crown dropped by 3.9% to HK$28.60 at the close, which is the lowest the company have stooped since 9 January. Rivals Wynn Macau were even worse off, with the Las-Vegas based Wynn Resorts unit sinking 4% to HK$19.88.

Hong Kong-based analyst at UOB Kay Hian, Victor Yip, commented on the slump: “Melco Crown is losing market share to competitors; its market share in January is expected to drop by up to two percentage points on a monthly basis which may explain why it is leading the decline.”

Yip said that the decline in stocks has led analysts to believe gaming revenue for all Macau casino operators in January may be disappointing when they consider earlier estimates of as much as 28 billion patacas ($3.5 billion).

“Through our various channel checks, the revenue is expected to reach roughly 24 billion patacas,” Yip added, stating that Melco Crown’s market share may drop to 12% in January from 14% in December.

However, the report affirms Las Vegas Sands Corp unit, Sands China, said yesterday that visitors to its Macau were up by 5%, rising to 6% – that’s more than 1 million during the Lunar New Year that took place between 23-29 January. Nevertheless, Sands China shares also dipped, by 2.2% to HK$26.25. Not as bad as Melco and Wynn Macau, but still, it’s a drop. The operator can’t be worrying too much though; in total the stock jumped 19.6% this year, outperforming the 10.6% gain in the Hong Kong benchmark Hang Seng Index.

Galaxy Entertainment Group also slumped a little but were the best off, with the company dropping 0.8% to HK$16.92.

What could be the reason for these dips in gambling stocks? Is it merely an unsteady month? With Macau receiving its latest boost from Wells Fargo analysts who project gross gaming industry revenue to hit MOP23.4billion – the operators can’t be shaking too much in their boots.