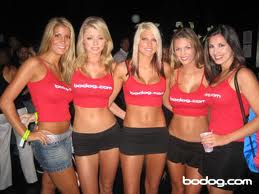 We’ve been building up to the momentum to the highlight of the iGaming industry’s calendar like nobody’s business since we saw the dawning light of 2012. With the ICE Totally Gaming exhibition, the London Affiliate Conference and not forgetting the various awards ceremonies coming up, can you blame us? These conferences, which are due to kick off in a mere few days time in the centre of the iGaming universe, are some of the biggest and most important networking events in the business.

In the last few weeks, we have asked our readers the question: “Which conference will you be attending in January?” Coming up trumps and winning the biggest portion of the votes polled with 36% was “Both the ICE and LAC” showing just how major these events are.

Then we asked you: “Which is your MUST attend Awards show during the January conferences? The most number of votes went to The International Gaming Awards with a substantial 40% of votes, but not too far behind was of course, the ICE Totally Gaming Awards running in at second place and the iGB Affiliate Awards polled third.

What did we missed out? The parties! Duh! Leaving the best topic until last, we polled our readers with the question: “What conference party are you most excited for?” last week and the results are in.

To be honest, we weren’t exactly flabbergasted with the results. With its reputation as the ultimate party piss-up, Bodog Social was the most popular with 36% of the votes. Not to far behind was ICE ICE Baby with 32% and Fire and ICE with 28%, demonstrating our readers love it both hot and sweaty and cool and chilled.

The LAC Networking Party came a disappointing forth with 4% of the votes. Worse still, the LAC Closing Party received 0% – not one vote – but we think we know why. As the closing event it’s obvious nobody will be looking forward to see the conference week come to an end. We know it’s hard to bear, but come on guys – you’ve got to see the week off with a bang!

Oh, and don’t forget to check out Becky Liggero’s final ICE and LAC party guide to start planning which events you’ll be attending and getting most drunk at. It’s party time!