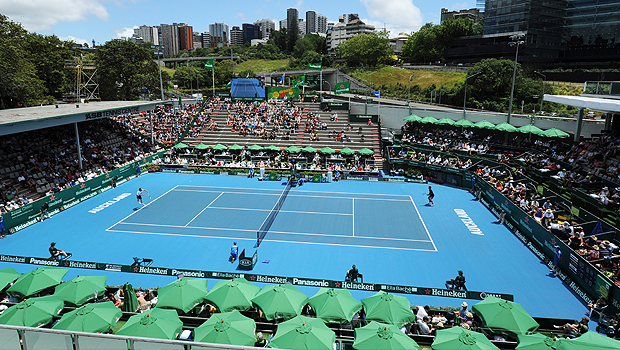 Recently tennis has seen illegal betting batted left, right and centre. It was only last week that the women’s Heineken Open ATP tennis tournament in New Zealand saw a Spanish man – who reportedly had been previously ejected from Wimbledon in the summer – removed from the venue on suspicion of illegal sports betting.

It’s now been reported by a Kiwi radio station, Radio Sports, that a man was asked to leave the same venue yesterday by the Tennis Integrity Unit (TIU) after he was seen using a handheld device. It’s thought by the TIU that this was to bet on specific points and take advantage of a delay of a few seconds before other gamblers saw the points played on their TV sets.

ATP Tour supervisor, Tom Barnes, said in a report by the New Zealand Herald, that illegal betting, using the time lag that occurred with internet scoring or live television, was widespread in the sport and officials were trained to keep an eye out for such behaviour.

“[They use] a laptop or a cell phone — these people are very crafty,” he said. “On some of these European betting sites, you can bet for example on a first serve and whether a guy is going to make a fault or not. Somebody sitting in the stands with a cell phone can transmit this information to someone in Europe and the guy will bet that the first serve was a fault.”

Barnes said the person who is making the bet will have the information first -before anybody else – so they’re actually cheating.

Apparently the police had not been involved with the incident but Richard Palmer, director of both ASB Classic and Heineken Open tournaments information of the ejected was “confidential” and criminal charges were most likely not to be made.

With this in mind, will illegal betting hit the 2012 olympics? What do you think?