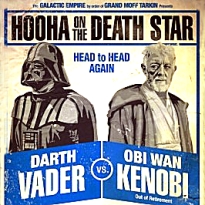 In a recent interview with CardPlayer.com, Dr. David Schwartz, Director of the Center for Gaming Research at the University of Nevada, Las Vegas, weighed in on whether Nevada’s imminent online poker regulations will lead to an intrastate poker network (assuming the continued absence of a federal system) and whether such an intrastate network might fall afoul of the Department of Justice. “Gambling is fundamentally a state’s issue. As long as it’s not crossing state lines, a state can do whatever it wants with it. That is just the way the constitution is written … The federal government can’t tell you that you can’t accept sports bets on a mobile device, which we are already doing in Nevada — as long as it’s not crossing state lines.”

Federal encroachment on states’ rights was also cited in letters sent recently to Washington politicians by New Hampshire Gov. John Lynch. In separate but identical letters to leaders of both parties in both the House and Senate, Lynch urged these pols to scuttle any attempts to pass federal online gambling legislation, which he figures would “put at risk” the $70m that flows annually into New Hampshire’s coffers via the state lottery. (The director of that lottery, Charlie McIntyre, voiced similar concerns at the second House Energy and Commerce Committee online poker hearing in November.) More to the point, Lynch’s letters underscore the fact that states “have traditionally had the right to make their own decisions about what type of lotteries and gaming to allow and how to regulate the industry.” Therefore, any federal legislation would “usurp state rights.”

Maryland’s State Lottery Agency (SLA) recently delivered a report to the Maryland General Assembly on how the SLA could establish an online presence that would complement rather than cannibalize sales at traditional brick-and-mortar sales points. The SLA thinks this could be accomplished, in part, by permitting sales via mobile devices, which it figures would help boost revenues by lowering the median age of its ticket buyers. The report suggested that, provided an intrastate online gambling system took certain precautions to exclude minors and out of state residents, the feds shouldn’t have any business intervening to prevent such a system from launching. The report also notes that, historically, the DoJ has been silent on the issue of whether such a system would earn their ire, even when directly asked by other states (or even federal politicians) to comment on the legality of their plans. With these and other states — including California, New Jersey and Iowa — itching to get into the online gambling game in 2012, the feds would we well advised to speak now, or forever hold their peace.

The Long Con: Dr. Agne Matulaitė looks at the psychology of COVID-19
Video
13 hours Ago