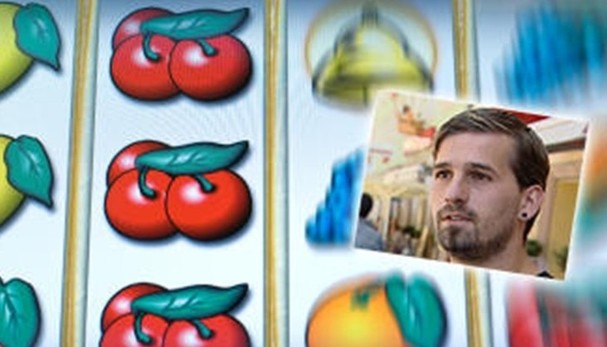 Now this isn’t the first time this has happened in recent months. Regular reports online suggest people getting ripped off by malfunctioning slots at casinos is becoming more commonplace by the day.

It was only last month that we reported a man from Florida was suing a Casino in Alabama for doing him out of $1million. This time, the same happened to a guy in Austria – but with a jackpot 57 times as much. Yep, $57million. Damn.

It seems it’s always those damn fruit machines and their “software errors”. Apparently.

The poor man in question, Kosovar-Albanian, Mr Behar Merlaku, received four of the slot machine’s five required matches at a casino in Bregenz, Austria when the lights started flashing and sirens wailing signalling a win. “Hurray!” Nope, more like “Huh?”.

After the “win” casino bosses refused to pay out because the machine had supposeldly malfunctioned. They weren’t too mean about it though. They did offer  him $100 and a meal to make up for it. Aww, how sweet.

The disgruntled Mr Merlaku (thankfully) turned it down and is launching a lawsuit in Austria next month to force the casino to honour the ‘win’, which Mr Merlaku’s lawyers says he is entitled to because the machine said so.

In a report by the Daily Mail, Mr Merlaku said “’The jackpot came up loud and clear. There was music and the sum I had won – nearly 43 million euros – was displayed on a screen. I was so overjoyed and in my head I began calculating what I could do with all this money.”

Something that should work in his favour is the fact he recorded the win on his phone. Nice one! Or maybe not. Merlaku has the flashing screen of the slot recorded as proof but it’s believed this could work against him as it shows four out of five matches on the slots. In Austria you need five out of five or the moolah ain’t anybody’s.

However, Merlaku’s lawyers are arguing that because the machine told him he had won, he can pursue a claim. Will this be enough to see him win the lawsuit? The civil action is thought to be the biggest claim of its kind anywhere in the world. Which way will it swing?