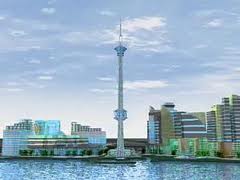 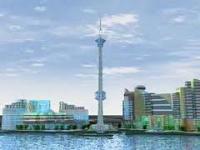 The Entertainment City Manila project – known as the Las Vegas of Asia – has been estimated to have the potential to attract more than one million tourists a year.

Macau Business has said the project, also known as Pagcor City, could claim at least a 10% slice of the estimated $120 billion-a-year global casino industry.

Cristino Naguiat, the chairman and chief executive of state-owned gaming company and regulator, Philippine Amusement and Gaming Corp – hence the “Pagcor” – made the projection this month.

He said the plan is for casino operators at Pagcor City to “tie-up with resorts and other attractions in other parts of the Philippines”.

Showing his unsubtle optimism, he said: “Las Vegas is doing US$6 billion. Singapore is US$5 billion to US$6 billion. Definitely we will overtake them.” Let’s see if he’s right.

In other Asian gambling news, Korean spending in lottery tickets has apparently spiralled to new heights and is expected to hit US$2.8 billion overall for 2011. A report by Macau Business says the estimation was made by non-identified government officials.

According to the Strategy and Finance Ministry, Koreans have spent more than $2.46 billion won on lottery tickets from January to November this year. Can your mind even comprehend that many?

In other (non-Asian) business news, Virgin Games has today announced that it has signed up Vzaar as its video content technology provider for its online Casino, Bingo and Poker sites.

Vzaar, which provides online video platforms for a number of industries, will complete Virgin’s re-launch of all its games websites in September of this year. In a press release, Virgin states that the introduction of video technology “enhances the interactive and user friendly experience” by allowing customers to see video previews of slot games before having a bash themselves via the “demo play option.”

Head of Acquisition at Virgin Games, Pierrick Leveque, said: “In the past year we’ve worked hard to improve our site navigation, usability and content quality through large-scale site redesign projects. Video was on the map from day one, and we’re delighted to have found in vzaar a content technology partner flexible enough to accommodate all our video needs.”