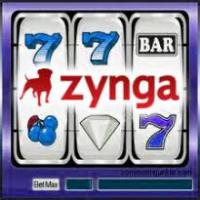 Offering stock options in lieu of higher wages is a common scheme among star-ups to conserve cash. But now, four years on – when the business is on the verge of a potential $1 billion initial public offering that it filed in July this year,- Wall street Journal report Zynga wants to take back these options.

An alleged email from the CEO obtained by Fortune contests these claims, saying that the story “is based on hearsay and innuendo” but WSJ cites two current Zynga employees who have hired attorneys to reach a settlement.

Pincus’ email states: “We have nothing to hide in our past and present policies and I am proud of the ethical and fair way that we’ve built this company.”

However, someone is telling porkies, as WSJ reports that the employees were said to have given up some – though not all – of their unvested shares.

According to Fortune blog Term Sheet, Zynga – who registered its new casino games domains last month – is just looking to adjust the amount of stock options employees get based on their contributions to the company. The blog argues that rather than terminate employees and inherit their unvested interests, Zynga prefers to find new roles for under-performers, and that it is these adjusted positions that the company is targeting.

It was recently reported that Zynga is interested in becoming a major player in the poker industry, intending to be known by the ticker symbol ZNGA when it finally makes its debut on the NASDAQ exchange. It also bought out Austin, Texas-based firm MarketZero – the developer of poker tracking site PokerTableRatings – earlier this year, hiring on that company’s entire 16-member team to go to work on revamping Zynga Poker. Around the same time it held its first PokerCon, a two-day poker convention where play-money poker fans could mingle with top pros like Annie Duke and Doyle Brunson, at the Palms Casino in Las Vegas.