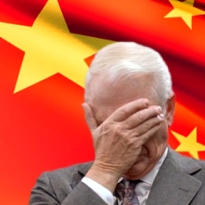 The provincial government in British Columbia, Canada, has apologized for instructing local businesses seeking to do business with China not to mention gambling, casinos or the gays. From the province’s 58-page How To Market Your Business To China brochure: “Tourism BC will also require that any partner operator agrees to … prohibit the promotion of casinos, gambling and gay tourism, per the China National Tourism Administration.”

BC Premier Christy Clark, who ironically had only just launched a trade mission to China, stated from Shanghai that she hadn’t seen the brochure. But BC’s Jobs, Tourism and Innovation Minister Pat Bell (also in China) helpfully informed reporters that the brochure’s contents had been decided in Ottawa, not in BC. “That is a deal that was negotiated between the federal government and the Chinese central government and it was not something that we participated in.” The BC Liberal government didn’t necessarily endorse the brochure’s stance, but was “simply stating it as a matter of fact.”

Bell has since backtracked on his ‘blame the feds’ stance, admitting that the info he had been “provided” turned out to be “not correct.” Seems the offending language “is not included in the approved destination status agreement, nor is it reflected in any other agreements between the Chinese government and the Canadian government.” Bell claims much of the problem is that the edict was intended to read as a guide to “appropriateness”, not a legal edict with the full force of government behind it. Regardless, Bell has asked that the offending language “be removed and the document be thoroughly reviewed, and I want to make sure that anyone who was offended by that passage, that I personally apologize to them.” 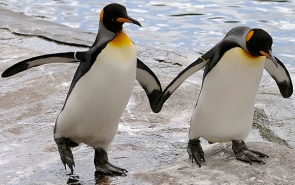 It’s heartening to live in a society in which gay rights aren’t to be trampled on so casually. Not like those heartless bastards at the Toronto Zoo, who are physically splitting up their famous gay penguin couple and forcing them to participate in the zoo’s breeding program – all because zoo staff caught one of the pair chatting up a female penguin. Bit of an overreaction, don’t ya think? Like a penguin isn’t allowed to be bi-curious? Whatever, dude… Anyway, we hope Bell’s apology was also intended for us easily offended gambling folk, whether in BC or around the globe. (We assume it applies to the province-owned BC Lottery Corporation.)

Bell also let it be known that he intended “to take serious action to make sure [a similar blunder] doesn’t happen again.” By serious action, we assume Bell plans to identify the dunderheads in his department who can’t grasp the significance of ChinaGayGate in a voter-rich city like Vancouver. There are already efforts afoot by BC opposition parties to spin the gaffe into proof that the ruling Liberals aren’t entirely down with Davie Street. Why did Clark skip last summer’s Pride Parade? Why does the provincial motto describe BC as ‘beautiful’ instead of ‘fabulous’? Hmmm? Hmmm?

While it’s always entertaining to witness public officials in full-on backpedal, Bell may also wish to reconsider some of the brochure’s other wording. Specifically, the part where it labels the Chinese market as “not a sophisticated” one, with which one should deal “as we would with a child, for the day when they grow into a mature and strong adult.”

Seriously, there aren’t enough hands in the world to express the level of facepalm in that patronizing, imperial decree. Western countries may have ‘sophisticated’ markets, but China beats them all in terms of growth, and will, barring an all-out surprise attack by Martians, eclipse all countries’ economies in terms of sheer mass in a few short years. If, by that time, you find yourself wondering why that ‘child’ you used to think was so cute has grown into a giant who very much views you and your kind as yesterday’s man, documents like this will be the cause.