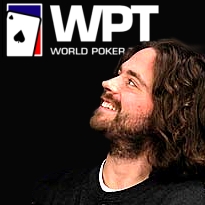 Daniel Santoro has taken the World Poker Tour (WPT) World Poker Finals at Foxwoods Resorts Casino in Mashantucket, Connecticut. Santoro outlasted 188 opponents over six days of play in the first $10k buy-in event of the WPT’s Season X, earning his first WPT bracelet and just shy of $450K, including a $25k buy-in to the WPT Championship at the Bellagio in Las Vegas in May 2012. The six-handed final table convened Tuesday, but six was swiftly whittled down to two, as Eli Berg, WPT Player of the Year Andy Frankenberger, Steven Brackesy and Bob Carbone all hit the rail in the first 100 hands. That left just Christian Harder in Santoro’s path, and the two battled back and forth for several hours before Harder’s pair of 10s got royally squashed by Santoro’s kings. Harder earned $249k for his runner-up finish, with the rest of the table cashing out thusly: Carbone ($166k), Brackesy ($129k), Frankenberger ($99k) and Berg ($83k).

In other tourney news, Robert Chow picked up $393k for triumphing at the mammoth World Series of Poker Circuit stop in Hammond, Indiana. The field of 1,615 was the largest in WSOP-C main event history, providing Chow a little more bragging rights to go with his cash and the shiny WSOP-C ring. Aaron Steury finished second, earning $243k, while Erik Roussakis notched $184k for his third place finish.

Lingering in Ireland a bit longer, PokerIreland.ie has teamed up with marketing mavens Global Gaming Events to produce the Super Poker Event of Europe 2012. The dynamic duo is expecting a 4,000-strong field for the €300 buy-in main event, creating a prize pool of €1.2m. The main event will kick off Saturday, Feb. 25, 2012.