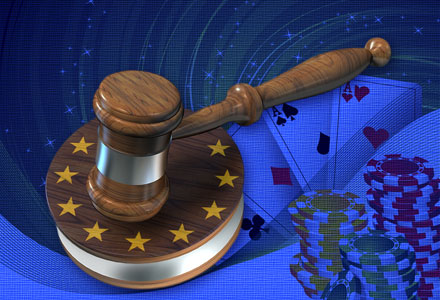 When it comes to iGaming legislation, the US tends to get most, if not all, of the attention. Since processing payments for gambling companies were outlawed in 2006 by UIGEA, US legislation has been the talk of the industry with many speculating about when poker will be introduced on a state basis while others muse over the will they/won’t they situation regarding other forms of online gaming.

Across the pond in Europe, the online gambling legal landscape is considerably different but no less complex. Some countries welcome online gambling while others don’t and almost all appear to be fairly confused about how to regulate it.

The UK’s white list system had created some form of order among  iGaming companies targeting the UK but John Penrose’s proposed reforms put paid to that and hauled online gambling law back into the limelight. Penrose, obviously a hard man to please, also recently criticised the idea of an EU-wide set of guidelines for iGaming.

This is an idea that John Hagan and Marcos Charif, of Harris Hagan Law Firm, believe is unlikely to come to fruition any time soon. Hagan explains: “If anything’s going to happen in the short term it’s going to reflect the usual concerns that individual member states have over consumer protection and sports integrity and so on.”

“Operators would obviously like a more balanced harmonisation of iGaming standards, technical standards, application processes and so on around Europe – but that’s not what’s driving the agenda in the short term.”

Charif, an associate solicitor at Harris Hagan and specialist in EU gambling law, adds: “Even if we have EU-wide legislation in the next couple of years it will probably be on the more regulatory prohibitive side.”

“It’s not going to look at how to regulate or legalise online gambling but it will look at which parts of gambling would be considered illegal – it’s a very different approach.”

But before those in favour of EU-wide legislation or the relaxation of iGaming law in the stricter European countries plunge into a pool of despair, Charif confirms that there are some promising signs.

He says: “The industry is coming together in the sense that member states that ran monopolies are now turning towards national licensing regimes. All of these states would be very keen on introducing legislation that would allow for greater restrictions regarding unlicensed activity in their jurisdiction.”

This is certainly good news for those hoping to expand in the European market with the few countries that have recently opened to iGaming proving to be very promising markets. The main issue would be in obtaining a license, something that might have been easier for publically listed companies to do.

But rather than allowing the old argument regarding public listed and private companies to rear its ugly head again Charif says: “I don’t think there’s a main advantage one way or the other when it comes to being a public or private company.”

“The additional restrictions that public operators have are that they’re much less risk friendly – they can’t afford to enter a market where there’s even a minimum degree of risk. But they might be viewed more favourably by bigger legal markets.”

Now that that debate can be pushed to the side, we can focus on the more practical future for those looking to target the European iGaming markets. November 14 will see a vote take place at the European Parliament on Jurgen Creutzmann’s “future of online gambling in the EU”. Anyone with at least half an interest should keep well abreast of what comes from this vote but for the time being it appears as if iGaming companies will have to settle for applying for licenses as and when individual jurisdictions decide to regulate.

This has of course recently occurred in the German state of Schleswig-Holstein. The Danish Gambling Authority is also currently sifting through iGaming license applications while the Italian iGaming market is already proving lucrative for some.

Applications are currently being made to the Spanish government for licenses to operate their while a whole host of other jurisdictions appear to be on the cusp of some form of legislation. These jurisdictions include the likes of Belgium, France, Holland, many German states and plenty of other countries all hoping to get in on the iGaming action.

To better illustrate the current situation and possible avenues available, Charif draws an interesting comparison between iGaming legislation and that of tobacco in Europe. He explains: “Although we have EU legislation on tobacco and tobacco advertising it is still left to the member state to decide how they want to do it.”

“If anything is going to happen at EU level I would assume that it would go down the same direction of setting very general guidelines with an emphasis on being prohibitive. For example, no smoking for anyone under 16 but you can add to that as you please.”

Charif also draws attention to an issue which he believes could have a significant effect on sports betting operators. Included in a draft submitted to the European Parliament regarding online gambling is a small reference referring to sports rights.

He adds: “It’s introducing a new kind of intellectual property which would require all betting operators who are offering bets on a particular game to pay an additional fee which at the moment isn’t covered by any legislation.”

“It would give sports organisers the right to charge an additional license fee to anyone offering bets on their events which would be a huge issue if it actually goes through.”

With all of this and plenty more to consider, perhaps rather than flogging the dead horse which is US online gambling legislation, attention will turn to European law and the potential within it.

The Need to Keep Advertising Clean
Mike ODonnell
29 May 2014

Is the cannibalisation debate over?
Mike ODonnell
21 May 2014