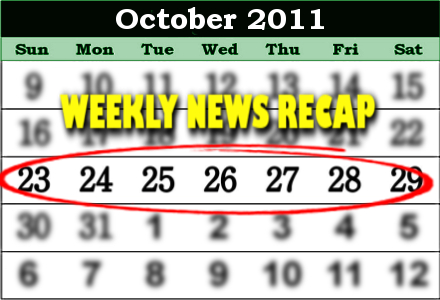 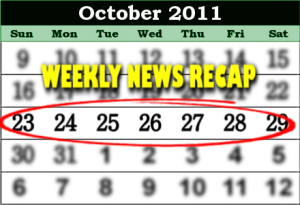 US House subcommittee’s wacky hearing on online poker
On Tuesday, US politicians convened a hearing to discuss the possibility of discussing the possibility of possible online poker legislation at some future undetermined date. Possibly. Indian tribes are legitimately concerned that Washington will try to freeze them out of the game, while Rep. Joe Barton suggested Boy Scouts make the best poker players (not really) and FairPlay USA would like a peek up your poop chute.

William Hill Online debacle continues to confound onlookers
The trouble in Tel Aviv prompted a flurry of emails and pink slips from London as WHO attempted to quell an apparent palace coup at their Israeli offshoot. Which made it the perfect week for William Hill CEO Ralph Topping to chat with analysts over the company’s Q3 numbers. Just for fun, the UK’s advertising watchdogs decided to rap Will’s knuckles for misleading punters over a bonus promo. We wager it can’t become November fast enough for Topping.

Advocate General rules Italy’s blocking of Stanleybet contrary to TFEU
Online operator Stanleybet’s longstanding crusade against online gambling Balkanization got a boost from the Spanish Advocate General, who ruled that the prevention of cross-border online gambling runs contrary to the spirit of the Treaty of the Functioning of the European Union.

Betfair ‘celebrates’ one year as a public company
Mike O’Donnell recaps the slings and arrows suffered by Betfair since the betting exchange went public one year ago, while Bill Beatty questions an analyst’s lofty assumptions about Befair’s plan to go back to the future with a fixed odds offering.

Combien vous détestent Le Poker Full Tilt?
A French magazine with only a couple degrees of separation from FTP’s presumptive white knights at Groupe Bernard Tapie conducted a push-poll disguised as a survey, the primary purpose of which appears to be to determine the least loathsome way to repay FTP’s players less than their full bankrolls. Meanwhile, FTP subsidiary Pocket Kings announced it was making up to 180 Irish staffers redundant, while negotiations continue stateside over some frozen Swiss bank accounts.

South Africa can’t make up its mind about online gambling
Just a month after its high court effectively brought about the demise of online operator Piggs Peak, South Africa’s politicians openly muse about opening up the country’s online gambling market.

Greece delays OPAP sale until 2012
While the more solvent members of the EU fret over what to do about Greece’s insurmountable debt load, the Greeks casually announced they wouldn’t be honoring their promise to sell their stake in monopoly gaming outfit OPAP this year, thereby delaying repayment of the bailout billions the EU has already tossed them. But next year, for sure. Promise.

Facebook and gambling advertising: a primer
Confused as to how Facebook’s changes re gambling ads will impact your business? You won’t be after reading Mike O’Donnell’s essay.