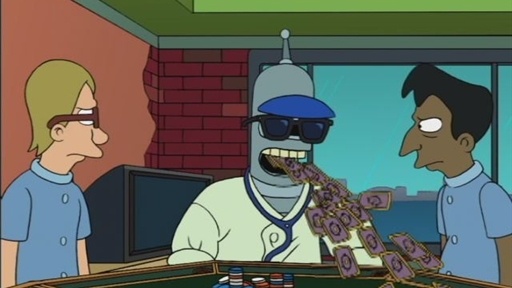 After another round of poker bot rumours surrounding Playtech’s iPoker Network, the company came out with a public statement concerning the use of poker playing bots on their network.

As we mentioned, William Hill Poker had a clause in their user agreement that said they might use bots to increase liquidity in their games. William Hill stated that bots would be clearly marked as such, so when players noticed another “player” with the handle “bot771107”, suspicions were raised. This particular bot created more of a firestorm when players realised “bot771107” wasn’t just breaking even but profiting at the tables. iPoker was making money from the rake, plus the profits the bot was generating.

According to the iPoker Network statement, the William Hill clause allowing bot play would be removed, with iPoker Network immediately forbidding the use of a poker screen name containing the word “bot”, so that players wouldn’t get the impression a “human” player is in fact a bot.

The iPoker Network statement concerning bot use on their network admitted that the William Hill customer support did a “poor job” which contributed to player’s anxieties about the use of bots on the iPoker Network.

They went on to emphatically deny bots existed on their network. However, the iPoker Network backed off that statement a little. iPoker said with all the conviction of George W. Bush that they would “pursue them [bots] with extreme prejudice. The good reputation of the network would be protected at all costs.”

Good reputation? The iPoker Network has come under far more accusations than any other operator about the use of poker bots on their network. There’s literally years of forum rumours and more often than not – where there’s smoke, there’s fire.

According to rumours, they have been using bots for years to boost their numbers on sites like PokerScout.com in an effort to appear larger to the poker playing public. By adding the bot inflated totals to the other fictitious stats and guesstimates on PokerScout.com and sites like it, it shows how little value these sites really have.

These bots, even if they are set to play breakeven poker, are taking advantage of novice players. Skilled players should be good enough to defend themselves from these electronic players but the novices are likely to lose more than 50% that number. The net depositing players are the most valuable to the poker industries long term success. It’s bad enough the sharks and bum hunters are destroying the novice players before they get their feet wet, we don’t need greedy poker operators gouging them as well.