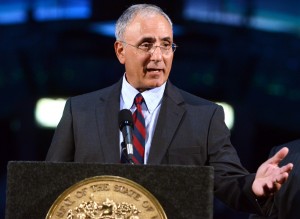 John Palmieri recently made his debut as the state Casino Reinvestment Development Authority’s (CRDA ) new executive director, with high expectations of his ability to turn around the fortunes of Atlantic City. State officials hope increased investment in the resort will soon follow.

Don Marrandino, who heads the Alliance and is president of the Bally’s, Caesars, Harrah’s Resort, and Showboat casinos said: “Getting quality people like John, who I read about and met, and the executive we’re going to announce – we have some real CEO firepower to help us turn the city’s image and fortunes around,”- Pressofatlanticcity.

Palmieri has been successful in the past in attracting business and tourism, he’s credited for implementing a vibrant arts and entertainment district in Providence. Palmieri also headed the Boston Redevelopment Agency. Atlantic City is certainly hoping it’s not a gamble that he can duplicate his past success in his new role.

CRDA Board Chairman James Kehoe said Sunday,”He brings more confidence to Atlantic City as executive director…He’s done this before, he’s been successful. There are investors who are developers, who love John and know he’s going to be here and what he brings to the table.” – Pressofatlanticcity.