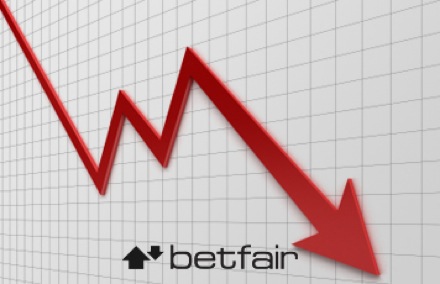 Alarm bells were already ringing in the distance when Betfair released its first annual report since floating on the stock exchange in October of last year. That was before you delved into the report and found out that certain high-ranking members of staff had been awarded bonuses under the controversial “senior executives incentive plan” or SEIP. It meant that the pay of David Yu rose 125% to £824,676 and Stephen Morana’s went up to £1.6m or a rise of 445%.

The Association of British Insurers (ABI) are worried enough by this they published an “amber-top” alert to shareholders in the company. It was issued due to the group’s long term incentive plan (LTIP) not defining the targets that executives at the firm will need to reach.

Ari Last, spokesperson for Betfair, told us, “The company is still in discussions with the ABI. This is still a draft recommendation.”

It comes after the company’s latest trading update showed that revenues are decreasing whilst at the same time the company’s mobile product is showing strong signs of growth in one part of the gaming industry that doesn’t look like slowing.

The fact that the wheels are in motion at all just goes to show one of a plethora of problems that arise when you go public. Apart from the restrictions placed on the company as far as growth into new markets are concerned you are also always at the mercy of your shareholders. This illustrates this point as the worries of shareholders at the 46% loss in value of the share price since October seems to be one of the primary reasons behind the ABI issuing the alert.